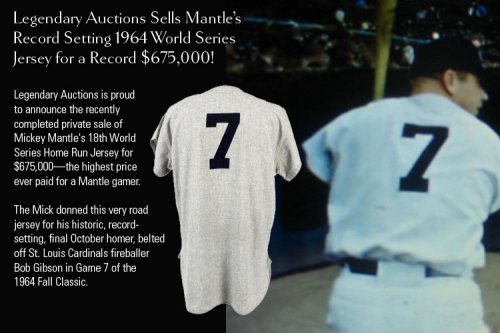 The 18th Home Run Jersey boasts impeccable provenance, having been acquired directly from a Yankee clubhouse attendant and then stowed away for the past nearly half-century…until now. Sourced by Spencer Lader, a New York Sports Memorabilia Consultant, Legendary Auctions worked closely with him and MEARS Authentication to nail down this historic item. Ultimately, through photo-documented analysis of the distinctive serif-style uniform number 7 (in contrast to the sans-serif numerals of the regular season), it became clear beyond a shadow of doubt that Mantle made the most lasting mark of his illustrious career while wearing none other than this rarefied roadster—which now forms a cornerstone of our East Coast buyer’s elite memorabilia collection. 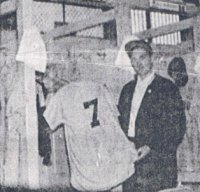