A collection of historic baseball-related documents carrying the rare signatures of some of baseball’s earliest stars sold for over $136,000 combined in Memory Lane’s recently completed Winter Auction.

Dubbed ‘The Northeast Find’, the documents were actually found more than 25 years ago in the storage room of an empty, dilapidated office in upstate New York that was being remodeled. The original owner was a contractor who was in charge of clearing out the building. The papers contained correspondence associated with development of the short-lived Players League, which operated as a professional baseball association for one season. Signatures found on some of the documents included John Montgomery Ward, Tim Keefe and Buck Ewing, all among the hobby’s rarest autographs. One note from the collection, signed by both Keefe and Ewing, topped bidding at $50,400. 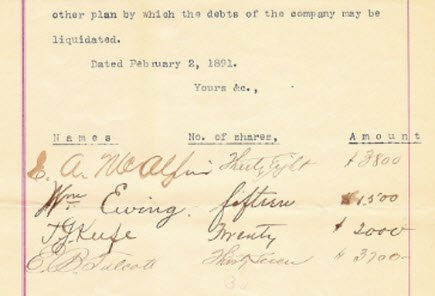 The highest overall price attained in the auction was for one 1909 Walter Johnson Ramly PSA 8of the 23 PSA 9 1954 Topps Hank Aaron rookie cards in existence (two higher), which sold for $168,000. A T204 Ramly Walter Johnson also crossed the six-figure mark, netting $132,000 including the buyer’s premium. Collectors also chased a 1956 Topps Ted Williams “white back” variation and a 1959 Topps Hank Aaron, also in a PSA 10 holder. The hobby’s lone gem mint examples of those who pasteboards soared to $42,576 and $26,976 respectively.

In all, nearly $2.5 million worth of sports cards and memorabilia were sold in the auction, which opened last month. 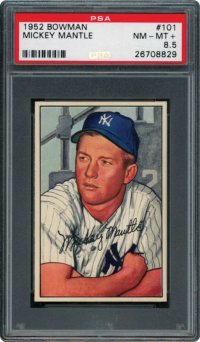 Complete results can be found on Memory Lane’s website. The company is currently accepting consignments for future sales.