SCP Auctions’ 2020 Fall Premier Auction will feature an early original 1941 Heisman Trophy, The Clyde Lovellette Collection, and a pair of Dodgers Championship rings from the historic 1955 and 1988 campaigns presented to Gil Hodges and Mike Marshall respectively. Bidding runs November 25, 2020 and will conclude Friday, December 11, 2020 at www.scpauctions.com.

1941 Heisman Trophy winner, Bruce Smith was on his way to New York City on the morning of December 7th when he learned of the Japanese surprise attack on Pearl Harbor. In the hours leading up to his appearance at the New York Athletic Club, Smith re-wrote his acceptance speech to reflect the current state of the war. The Minnesota captain and star half-back would end up giving an inspiring speech that would be broadcast across the country, “So much of emotional significance has happened in such a brief space of time, that the task of responding on this occasion leaves me at a loss to assign relative values.” Smith’s Heisman, originally cast by Dieges and Clust, stands 18” tall and weighs 25 pounds and remains in excellent condition.

Thirty-three years separate two of the Dodger’s championship rings featured in the auction. Gil Hodges’ 1955 ring is an extra special memento of the sole championship of the franchise’s time in Brooklyn. “Dem Bums” finally tasted victory over their cross-town rivals from The Bronx in a decisive game 7 in which Hodges’ drove in the teams’ only runs to secure all the glory. Mike Marshall’s 1988 players ring represents one of the most memorable World Series’ in baseball history and until recently, was the last time the Dodgers reached the mountain top.

Clyde Lovellette is one of the most successful NBA stars of the 1950’s-60’s and flew just below superstar status of the likes of Bill Russell, Jerry West, and Wilt Chamberlain. Lovellette was the first player in history to win the NCAA championship, Olympic Gold and an NBA title. To this day, just six other players can claim this honor. He is also in rare company having won NBA Championships with both the Lakers and Celtics organizations. Some of the outstanding offerings from his collection are his 1963 Boston Celtics Championship Ring, his 1956 & 1957 NBA All-Star Uniforms (both MEARS A10), and several other awards and game worn pieces from his high school and college playing days at Kansas.

Valuable trading card sets from the 1960 and 1961 Topps baseball issues are offered and rank #28 and #8 on the PSA Registry, respectively. A 1911-12 C55 Imperial Tobacco Hockey set ranking #7 on the PSA Registry is also featured in the auction. Other high-grade sets include a 1951 Bowman Football and a 1954 Red Heart Baseball issue with all cards graded PSA NM 8 or better.

Never has SCP Auctions offered as many super modern cards as are up for grabs during this auction. Key offerings include a 2009 Bowman Chrome DJ Lemahieu Red Refractor PSA MINT 9 and a 2003 Topps Chrome #111 Lebron James Rookie PSA GEM MINT 10 along with many more. Additionally, you will find a factory sealed 2019-20 Panini Basketball National Treasures hobby case as well as a Factory sealed “FIRST OFF THE LINE” hobby box from the same year. 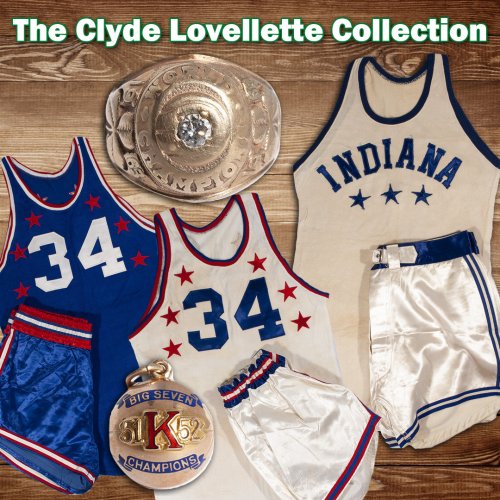 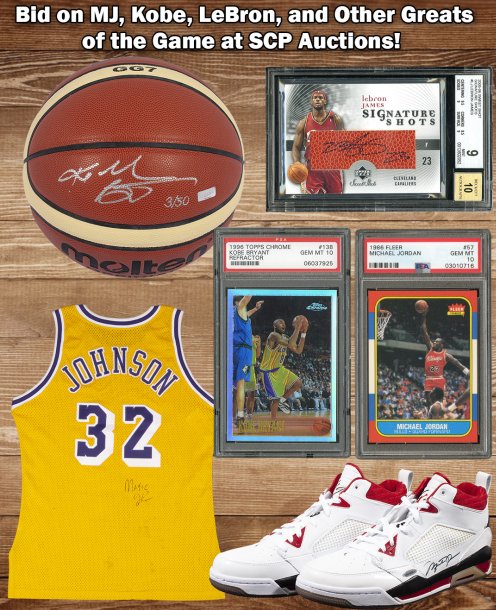