With interest in sports cards booming and bidder interest at an all-time high, Memory Lane is preparing to open its 2016 Summer Auction with plenty of eye candy in the pages of its catalog that will soon arrive in collectors’ mailboxes.  Set to open Tuesday, August 2, the auction includes over 970 lots.  A preview will be available starting Wednesday, July 27 at MemoryLaneInc.com.

The auction includes hundreds of high-grade and rare vintage sports cards and memorabilia, headlined by a PSA 7 (near mint) example of the red hot 1952 Topps Mickey Mantle.  The minimum bid is $50,000.

Set to open Tuesday, August 2, the auction includes over 970 lots.  A preview will be available starting Wednesday, July 27 at MemoryLaneInc.com. 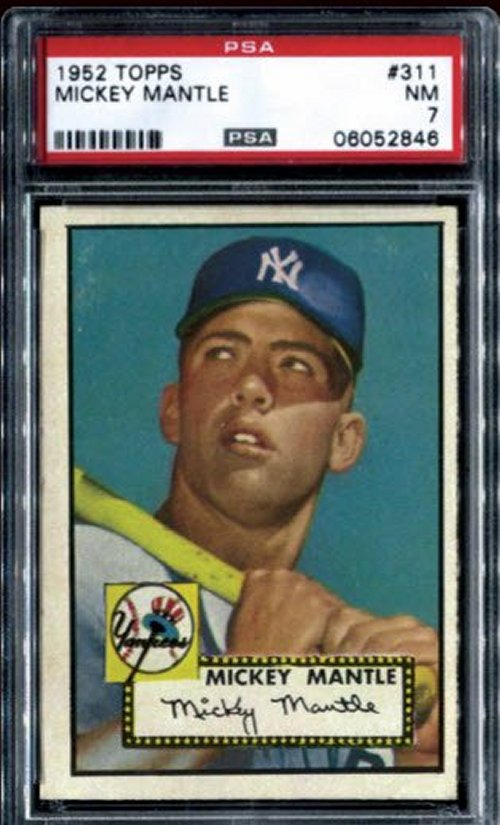 There are several player-centric accumulations being broken up and sold at auction.  The #1-rated “Mr. Cub Collection” on the PSA Set Registry will be broken up and sold individually within the pages of the catalog.  The group includes 20 PSA 9 Ernie Banks regular issue cards, dating back to his 1954 Topps rookie and three PSA 10s.

“The Beantown Yaz Collection”, a group of 34 high-grade Carl Yastrzemski cards, spanning his entire Red Sox career will also be offered, including a PSA 9 example of Yaz’s 1960 Topps rookie card.

Mantle cards continue to draw unprecedented interest and the auction will include more than just the 1952 Topps.  Among the highlights is a likely one-of-a-kind unopened 1960 Topps cello pack that includes Mantle on both the top and bottom.

Among the vintage football listings is the only PSA 10 1959 Topps Bart Starr graded in existence and a 1965 Topps Joe Namath rookie card rated PSA 8.

One of the hobby’s fastest-rising cards is the 1986-87 Fleer Michael Jordan rookie and Memory Lane will offer a PSA 10 example along with a PSA 10 of the very difficult Johnny Moore card from the same set.  Vintage basketball collectors will have plenty of other material to choose from as well including a 1969-70 Lew Alcindor (Kareem Abdul-Jabbar) rookie card graded PSA 9. 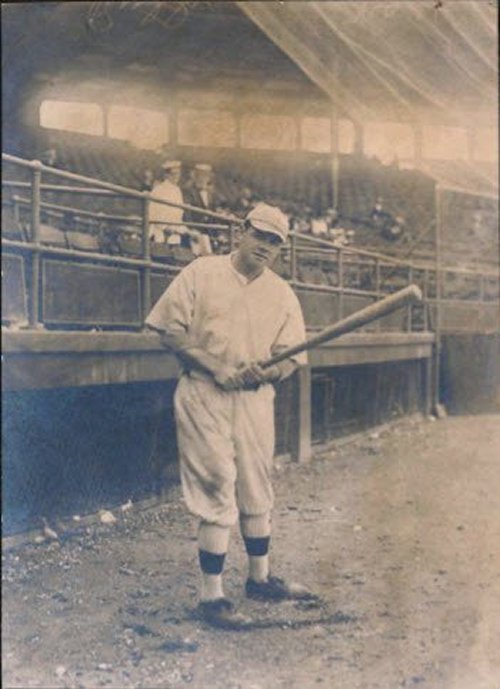 There are numerous complete vintage sports and non-sports cards in the catalog and, as always, some rare unopened packs and boxes dating back decades.

Beyond the cardboard, Memory Lane will also offer dozens of autographs and historic memorabilia. Babe Ruth is again well represented with two rare, original Ruth photographs dating to his days with the Boston Red Sox—one by George Grantham Bain.  There is a dual-signed Ruth personal check and a pair of autographed baseballs, one that also includes the signature of Lou Gehrig.   The young Iron Horse is captured in a 6 ½” x 8 ½” Underwood and Underwood news photo taken in the Yankees’ 1924 training camp in New Orleans that includes a full caption on the back discussing the “former Columbia star playing with the Yankees.”

The auction is set to close August 20.  For more information visit MemoryLaneInc.com.

Memory Lane will be at the upcoming National Sports Collectors Convention (booth #133, near the front entrance).