Until now, autographed baseball card collectors have had to scour the various sites in the hopes that a few lots here and there might contain some signed cards. Until now. Mile High Card Company is pleased to announce the “Rocky Mountain Autographed Card Auction,” a compilation of over 2,700 lots, each lot offering one autographed card for bidding. Bidding Runs From August 12-29, 2019 at milehighcardco.com.

From Aaron to Zuverink, 1933 Goudey to 1939 Play Ball to 1948 Bowman to 1992 Upper Deck, with Hall of Famers like Mantle, Clemente, Koufax, Ott, Traynor, Jackie Robinson, DiMaggio, Foxx, Paul Waner, Lindstrom, Cuyler, and Ted Williams and well as an unprecedented selection of commons and rare signings . “This is an auction like no other, the very first of its kind, said MHCC President and CEO Brian Drent. “Autographed baseball card collectors have never seen this kind of “one-stop shopping” before. If you’ve been looking for a specific autographed card at shows and have come up empty, there’s a good chance you’ll find it here.” Every autographed card in the auction is authenticated by PSA/DNA, SGC, JSA or Beckett. 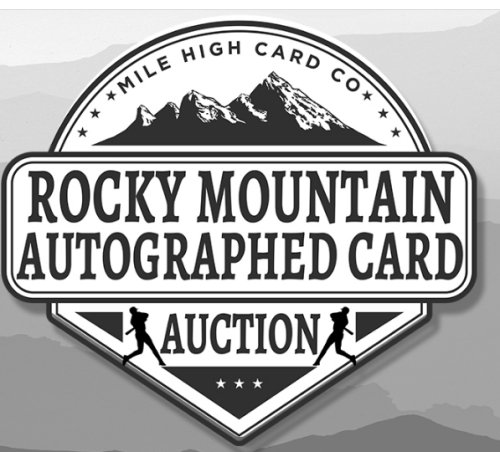 Mile High Card Company is still accepting consignments for “The Event” in October for the next few days as well as our December auction. If you desire the maximum possible return for your prized sports cards and/or memorabilia, please call our office at (303) 840-2784 to speak with one of MHCC’s team of experts or visit www.milehighcardco.com.