First we have the beautiful World Series trophy presented to Dodgers third baseman Jeff Hamilton. The trophy is manufactured by Balfour, and features brass pennants with all the team names surrounding a brass finial with a crown adornment. Press pin facades of the two World Series combatants are featured in the center area. The brass band around the base is inscribed, “Los Angeles Dodgers / World Championship Trophy / Presented by the Commissioner of Baseball / October 20, 1988 / Jeff Hamilton.” These gorgeous trophies are only given to players and team personnel, making this a highly sought-after addition to any Dodgers collection.

Next is the full road uniform worn by Dodger third baseman Jeff Hamilton from the 1988 World Series. Following Kirk Gibson’s dramatic walk-off home run in Game 1, Series MVP Orel Hershiser shut down the potent A’s lineup in Games 2 and 5. In the Sports Illustrated cover photo shown after the final out of the Game 5 clincher, Jeff Hamilton is seen running into the picture to celebrate with Hershiser and catcher Rick Dempsey, wearing the uniform offered here. This is a tremendous piece of memorabilia from the storied franchise’s most recent World Series championship. It is accompanied by an LOA from Jeff Hamilton.

Worthridge is proud to present this collection, and all items will be a part of their second Sports Memorabilia Auction, running from November 19 until December 6. 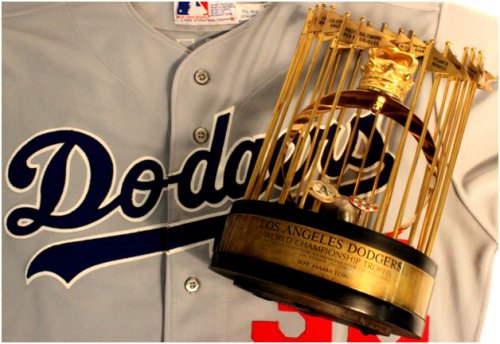