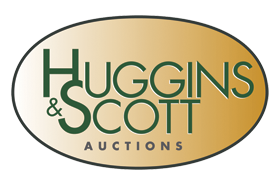 Huggins and Scott’s first auction of 2019 is open for bidding and closes on Wednesday night, February 13, 2019 with the 30-minute rule beginning at 11:00pm ET.  Bid, register and view the auction at hugginsandscott.com.  The highlight item is a 1999 Pokémon 1st Edition Limited Printing (English) Base Set Unopened Booster Box, which comes off the enormous success of our previous sale in August 2018 when it sold for $66,920. This rare and investment quality piece is sure to bring lots of attention.

An incredible assortment is offered with tremendous investment-quality pieces from all sports and the historical and political worlds. It features another amazing array of items that caters to every level of collector and investor. Whether you only want to spend a few hundred dollars or several thousand dollars, our selection of quality items has a little something for just about everyone.

The post-war collection is substantial as well with an unusually large number of singles, lots, complete and near sets from 1948 to present. Highlights include: a 1968 Topps Nolan Ryan rookie graded PSA 8; a 1975 Topps Mini Nolan Ryan graded SGC 9.5 which is highest by any Third Party Grader; a 1954 Topps Complete Set with (23) Graded include PSA 4 Hank Aaron; and a 1951 Bowman Mickey Mantle graded PSA 3.5. We also offer an extensive modern insert collection with multiple certified autographed card lots, short prints, 1 of 1s and signed relic cards including a 2000 Upper Deck Yankees Master Collection set with a BGS 9.5 Derek Jeter auto/relic and much more. As always, we also present a plethora of wonderful “shoebox” collections (always a crowd favorite).

We are pleased to offer a number of neat memorabilia items including a remarkable collection of 1950s HOFers/star Contact Proof Original Photos used for Topps cards; a very rare Louisville Slugger Little League poster with many HOFers pictured including Mantle; a selection of Shibe Park stadium seats; and the continuation of the Ben Cavallo Collection which includes numerous programs, scorecards and other ephemera sure to boost even the most advanced collections.

If you don’t collect baseball items, we have a terrific assortment of some high-end pieces from the other sports including a wonderful selection of football, basketball, hockey and boxing lots, sets, autographs and memorabilia.

The football category features a nice spread of singles, unopened boxes/packs and autographs. Highlights include: a 1935 National Chicle #34 Bronko Nagurski PSA 5; a grouping of other 1935 National Chicle PSA graded cards; a selection of Gibbs-Conner banks being sold individually; a 1894 Mayo Cut Plug Complete PSA Graded set; The final part of the Portland Football Publication Archive including NFL media guides and programs and more.

The Hockey section in this auction, features a large selection of autographed cards, singles & signed pucks. Highlights include: 1981-90 Topps & O-Pee-Chee signed near sets; four unopened 1978 through 1987 Topps & O-Pee_Chee wax boxes plus much more!

If Non-Sports cards, comics, coins, Americana or Political collecting is your cup of tea, we are offering a nice selection in those categories as well including more Silver Age graded comics with the first appearance of the Suicide Squad; Amazing Fantasy #15 first appearance of Spider-Man; Many lots of Rittenhouse Archives autographed cards with Stan Lee and a very nice selection of graded coins.

Also, remember to check out our “WEB Gems” (post printed catalog) section of auction lots that are not found in the printed catalog, but there are hundreds of great lots to bid on in that category. Those lots start with lot #1280.