(Written bu Rich Mueller of Sports Collectors Daily) –  A 2000 Playoff Contenders Championship Rookie Ticket Autograph card, one of only 100 produced and rated 9 by Beckett Grading was listed by PWCC as sold for $400,100 in a 10-day eBay auction that ended Monday night, February 25, 209. It’s the most ever paid at auction for a football card.  The card was one of just seven graded 9 by BGS but among the strongest of all with a 10 subgrade for centering and 9s for edges, corners and surface. 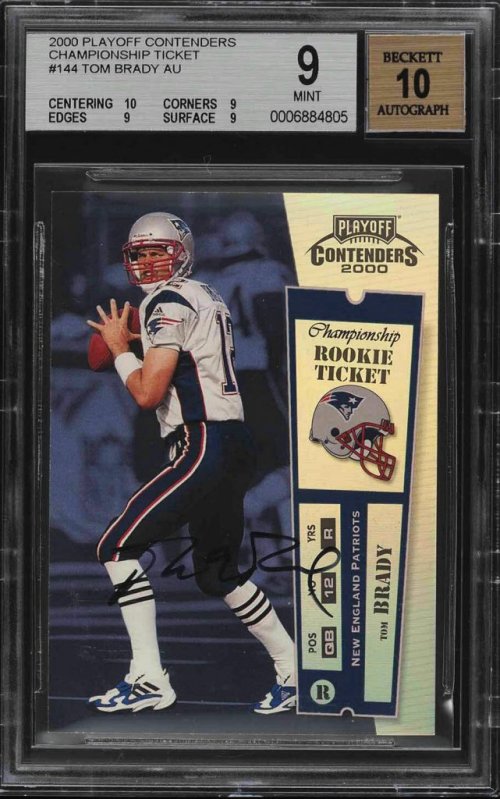