The market for rare high-grade vintage trading cards is still vibrant as collectors demonstrated on Saturday night in the final day of bidding in the 2017 Goldin Auctions Great American Trading Card Auction. Two of the headline items, a 1916 M101 Blank Back #151 Babe Ruth Rookie card and a 1952 Topps #261 Willie Mays PSA MINT 9 card sold for a combined $539,000, while a trio of basketball items — including rookie cards of LeBron James and Lew Alcinder, plus an unopened wax box of 1986-87 Fleer — sold for a combined $180,688.

Here’s a look at some of the key lots and prices realized. Goldin Auctions is currently conducting the Jackie Robinson 70th Anniversary Auction and accepting consignments for June’s Great American Trading Card Auction. For a complete auction recap, visit, https://goldinauctions.com/auctionresults.aspx. 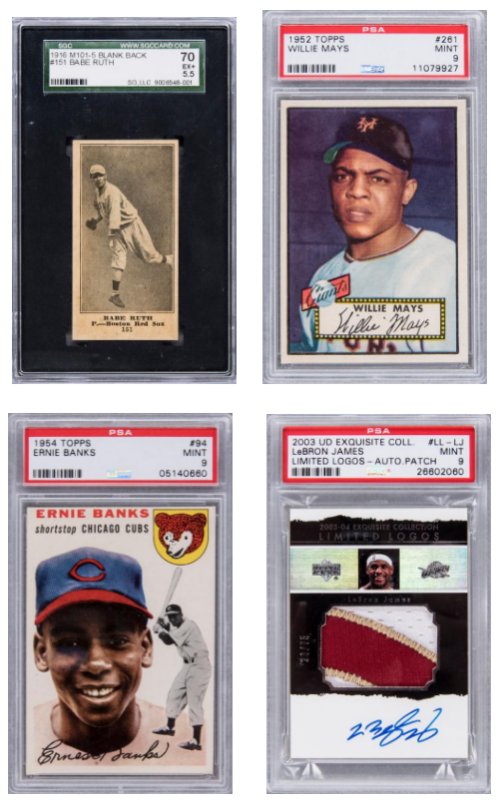