A pair of trading cards and game worn jerseys from two of the most popular athletes of the century, Mickey Mantle and Michael Jordan sold for a combined $385,000 in the 2017 Goldin Auctions Winter Auction, which closed this weekend with the 1,300 lots generating more than $2.75 million in sales.

The auction also featured a wide selection of Presidential and pop-culture memorabilia. Among these highlights were: Ronald Reagan’s hand-written oath of office ($34,300); John F. Kennedy’s “last” autograph ($11,205); a Playboy magazine autographed by Donald Trump ($4,900) and Tupac Shakur’s ticket from the Mike Tyson-Bruce Seldon fight ($24,500) from the night he was murdered.

Here’s a look at some of the auction highlights. The Goldin Auctions Babe Ruth Auction opens this Friday, February 3. The company is currently accepting consignments for the Jackie Robinson 70th Anniversary Auction to benefit the Jackie Robinson Foundation and the spring auction. 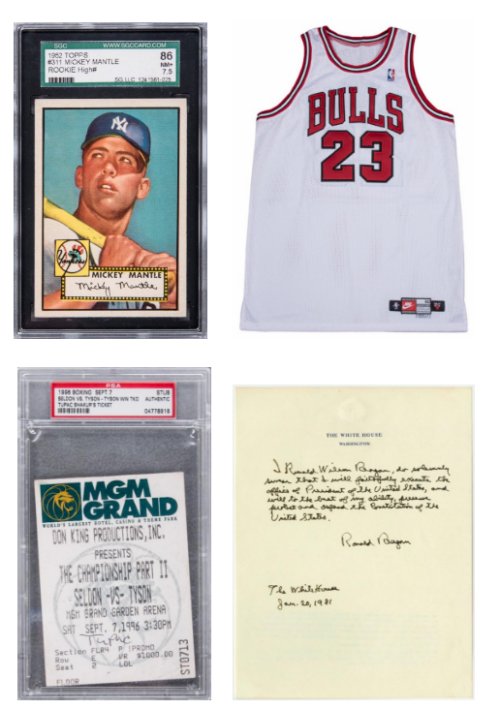