A very unpredictable year, was another record-setting one for the sports auction business and Goldin Auctions. In the company’s eight live and online auctions, more than 10,000 lots of sports and entertainment memorabilia and historical artifacts were sold by Goldin Auctions – many establishing new industry standards.

Collectors continued to value rare trading cards and game-used memorabilia from the three kings of the business — Mickey Mantle, Babe Ruth and Michael Jordan. Three players — Aaron Judge, Mike Trout and LeBron James — took giant steps towards joining these legends in in the eyes of collectors with some head-turning memorabilia sales.

In addition to providing impressive returns for consignors and rare items for collectors, Goldin Auctions also helped raise more than $500,000 for a variety of charities including: the Jackie Robinson Foundation, The Babe Ruth Museum, the American Red Cross Hurricane Relief and the St. Jude’s Children’s Research Hospital.

“This was another outstanding year for Goldin Auctions and the entire memorabilia industry and the ability to support so many great charities made it even more rewarding,” said Ken Goldin, Founder of Goldin Auctions. “It’s apparent from the record number of bids we are receiving in all of our events that collectors are still enthusiastic and optimistic. We want to thank all of our consignors and bidders for making 2017 such a fun and record-setting year.”

Here are some of the highlights and record prices realized in 2017 by Goldin Auctions. The Goldin Auctions 2018 Winter Auction will begin in mid-January. For a look at the company’s complete 2017 auction results, visit GoldinAuctions.com/AuctionResults 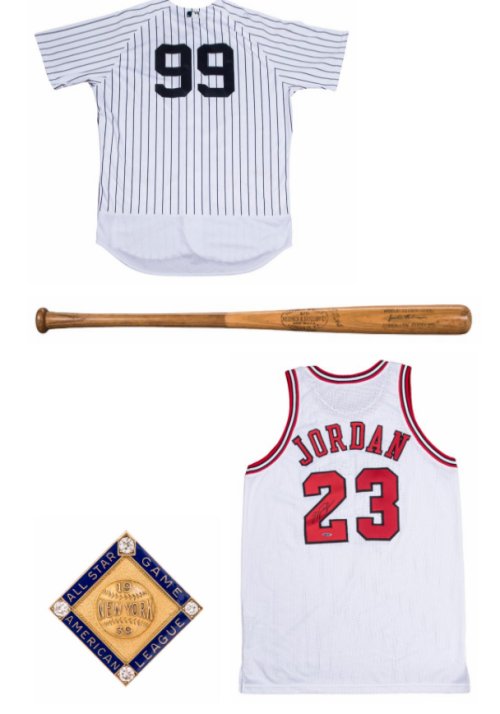