At $7.25 million, Goldin has just shattered the record for the most expensive trading card of all time, facilitating the private sale of a Honus Wagner T-206 trading card.   The card, which received a grade of 2 from Sportscard Guaranty Corp. (SGC), breaks the $6.6 million record also previously held by a T-206 Wagner card. The previous record-holding edition of the card holds a grade of 3 from SGC.

“I’ve been in this business for a very long time and seen a lot of incredible trading cards and pieces of memorabilia, but there is nothing on earth like a T-206 card,” said Goldin Executive Chairman and Founder Ken Goldin. “There’s a reason why no Wagner card has never sold for less than it was previously purchased for – the card is art, it’s history, it’s folklore. The T-206 is one of the reasons I do what I do and why serious collectors around the world love this hobby so much. To be a part of history and facilitate this record-breaking sale is an honor.” 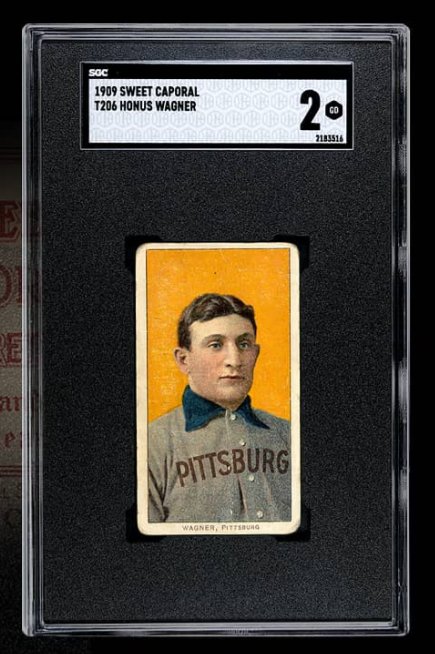 Goldin has built a sterling reputation as the leading marketplace for trading cards, collectibles and memorabilia. Over the years, the company and Ken Goldin have sold more than $1.5 billion in memorabilia from many of the biggest names in sports, history, and pop culture, setting countless records in the process. The company has handled more than 40 individual items worth more than $1 million as well as record-breaking sales for items featuring all-world athletes including Michael Jordan, LeBron James, Mike Trout, Serena Williams, Mia Hamm, Kobe Bryant and others.