An exceptional Babe Ruth 1914 Baltimore Orioles original team photo sold for a world record $190,373 in the Lelands 2019 Spring Classic Auction, which closed on June 7. The incredible sale is the most ever for a sports photo.

The exquisite Ruth photo is especially significant in that it’s one of only a few original images of Ruth in an Orioles uniform known to exist. Then an unknown 19-year-old rookie pitcher with the minor-league Orioles, Ruth would win 14 games by midseason before being sold to the Boston Red Sox.

The sale of the Ruth photo shattered the previous record price for a sports photo sold at auction: $77,098 for an original image of Charles Conlon’s iconic Ty Cobb sliding photo, which was taken at Hilltop Park in New York in 1910. 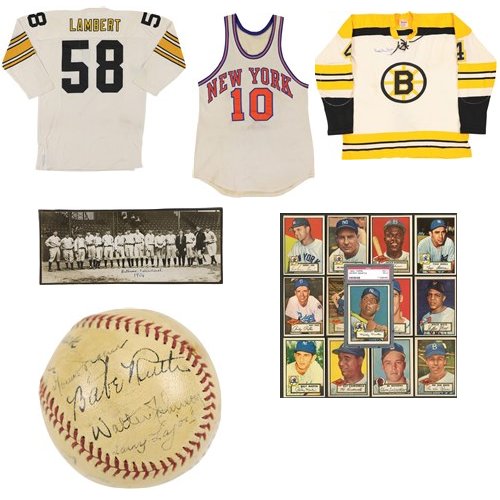 Another centerpiece of the auction was a collection of Pittsburgh Steelers game-worn jerseys directly from the team’s archive, including a 1982 Jack Lambert jersey ($50,131). A portion of the proceeds from the sale of the jerseys will be donated to the Chuck Noll Foundation for Brain Injury Research.

About Lelands – The Originals
The First Sports Memorabilia and Card Auction House in the World
Established in 1985, Lelands is the first sports auction house and the premier appraisers and authenticators in the entire sports collectible hobby. Founder Joshua Leland Evans is a pioneer in the field and acknowledged by his peers as the most knowledgeable figure in sports memorabilia. Lelands has handled many of the largest landmark auctions, achieving world-record prices for countless iconic items including Babe Ruth’s 1927 Yankees World Series ring ($2,093, 927), his 1919 “Curse of the Bambino” signed contract ($2,303,320) and a 1920 Ruth Yankees jersey ($4.5 million). For more information, visit https://lelands.com/.