The past twenty years has seen a host of sheriffs ride into town to tame the Wild West of the sports collectibles marketplace. Grading services have standardized assessments of quality. Autograph authentication services have decimated the forgery industry. Experts in game used uniforms and gear have provided buyers with the peace of mind that their purchases are genuine and unaltered. Trust in this relatively new breed of lawmen has been essential in the growth of the marketplace, supplying comfort to a hobby long ruled by the doctrine of “caveat emptor.”

But a new, higher authority has begun to power record pricing within the sports collectibles industry, primarily as it relates to game used uniforms and gear—the photo match. Today, thousands of savvy collectors, and a few private enterprises, have turned their attentions to the vast online archives of photography in an attempt to mine from them the most undeniable assurance of authenticity that exists—visual proof. 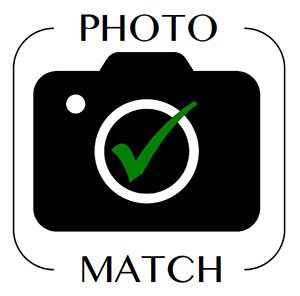 This practice is believed to have gotten its start through the realization that no two New York Yankees home pinstriped jerseys are exactly alike. The manner in which the stripes intersect with the logo “NY” over the heart, the numerals on back, and the locations where separate panels of the garment are joined together, provides each jersey with a distinct DNA, as unique as a fingerprint.

Heritage has been able to match home Yankees jerseys to photography of Babe Ruth, Lou Gehrig, Mickey Mantle, Thurman Munson and more. But sharp-eyed collectors have taken the practice far beyond the Bronx, utilizing anything from the pattern of mesh holes in basketball jerseys to the various scuff and scrapes on football and hockey jerseys as data points for matching.

A valid photo match can add as much as 50% to the value of a game used uniform, so a new cottage industry of professional photo matchers has arisen to cash in on this new paradigm. But for those collectors with the time and interest to undertake solo explorations of photographic archives, the treasure hunt can pay off in a big way without any cost beyond the precious commodity of time.

The following photo matched jerseys will be offered in our upcoming Fall catalog auction, which will launch on approximately September 26: