In one week, Jeff Ellis Golf Auctions will open bidding on the  “Desert Mountain Antique Golf Collection,” featuring an extraordinary grouping of some of the finest and rarest early golf balls, golf tees, and golf clubs in existence. The dedicated collector behind this amazing array was a true connoisseur, assembling this collection over three decades, and his efforts to obtain “only the best” are expected to draw intense interest from collectors worldwide.

This is going to be a fun auction—approximately 175 lots of incredibly nice items! Register now at jeffellisgolfauctions.com.

The auction will run August 30, 2022 and will close Saturday, September 17, 2022.  As always, the opening bids on all of the lots will be quite LOW, to provide great opportunities to get into the final round of bidding as only those people who bid on a lot before the final round can bid on that lot in the final round. 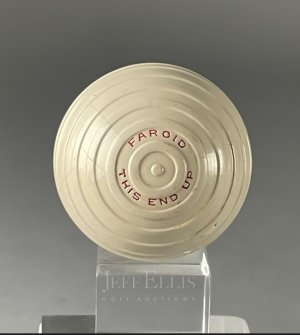 In total there are over 75 different balls, the vast majority of which are in little used to mint condition. Also included in the collection are a number of early 1900s spring-loaded sand tee molds plus a wide variety of other tees that date from the late 1890s to the early 20th century. The collection also includes various outstanding “patent” clubs, including Payne Gallwey’s 1906 revolving cylinder head club designed to play all shots from tee to green, as well as historic clubs such as a circa 1860 long spoon made and marked by the inaugural and four-time British Open Champion Willie Park Sr. 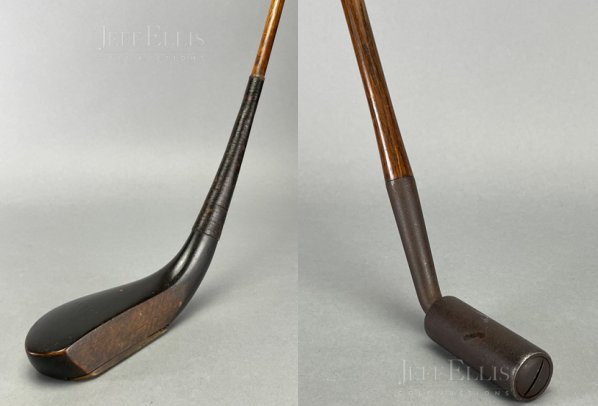 Don’t miss this exciting “Desert Mountain Antique Golf Collection” where every item up for auction has been inspected and certified authentic by Jeff Ellis, the man who once owned and then sold the most comprehensive antique and vintage golf club collection in the world, at Sotheby’s NY in 2007. While compiling his magnificent collection Jeff began researching every significant club and clubmaker known. Jeff used his research to write the 2-volume 784-page tome The Clubmakers Art, considered by many to be the bible of antique golf clubs and a “must own” for any serious collector. He is also the author of And The Putter Went Ping, the 576-page definitive history of the PING golf company and its revolutionary equipment.

We are an online auction company, specializing in fine antique golf clubs and historic memorabilia.

We are an online auction company, specializing in fine antique golf clubs and historic memorabilia.

We pride ourselves in superior customer service and exceptional product offerings that sets us apart from the competition. The company is always actively seeking new consignments for future auctions. 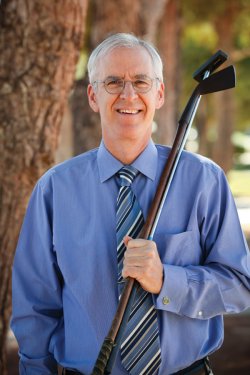 “Jeffery represents the combination of research, precision, and just plain guts that it takes to become a renowned golf collector.”

“What began with a seventy-two dollar investment at a Goodwill store in West Allis, Wisconsin, in 1972, grew into one man’s crusade to collect, document, analyze and preserve not only the golf clubs themselves, but the passion of the clubmaker as well.

“Along the way he also documented the history of the game and the stories of the men who, for over two and a half centuries, have combined science, craft, art and alchemy in the manufacture of golf clubs.

“While assembling his unprecedented collection, Ellis began cataloging, photographing, and writing about every significant club and clubmaker known. The resulting book, The Clubmaker’s Art, was first published as a single volume in 1997, and was named to a Golf World list of the top 10 golf books of the 20th century.

“Travel and Leisure Golf called it the ‘heavyweight champion—literally’ and included it on a list of the top 25 golf books ever written. It also won the Murdoch Medal, awarded in Great Britain for outstanding achievement in golf literature.

“Revised and expanded in 2007, The Clubmaker’s Art is now a massive two-volume set featuring 1,250 illustrations in full color. And it’s a fabulous way to enjoy the beauty of these clubs without spending two small fortunes and thirty-plus years as a collector.”

“Through his collection, his consulting work for companies such as Callaway and TaylorMade, and his groundbreaking research, Ellis has topped out as the pre-eminent golf club historian in the world.”