New York Yankees rookie sensation Aaron Judge blasted a home run in his first Major League at-bat last August 13th, and that game-used jersey worn by the All-Star outfielder spearheads a multitude of baseball memorabilia on the auction block in the Steiner Auctions “2017 Mid-Summer Classic” auction. The online auction continues through Saturday, July 29 at 1:00 pm. Visit steinerauctions.com to bid and for more information.

Below are some links to the memorabilia expected to fetch top dollars from collectors:

Visit steinerauctions.com to bid and for more information. 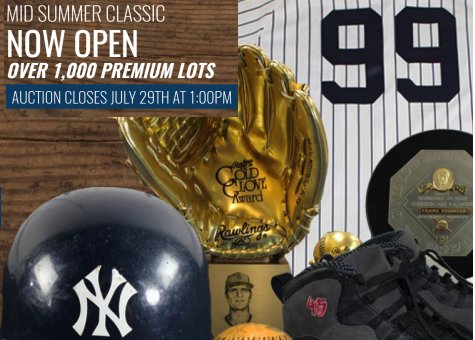