Albersheims is bringing back our popular MAKE YOUR OWN OFFER SALE! But, before we get into the details of the sale we have a few important updates to share with you. First, (Richard Albersheim) appeared in 3 episodes of ABC’s new sports memorabilia reality tv show called, Ball Boys!

If you haven’t seen it yet, I (Richard Albersheim) appeared in 3 episodes of ABC’s new sports memorabilia reality tv show called, Ball Boys. They brought me on the show as an autograph expert. I got the chance to examine a 1943 Steagles team signed football (this was the combined team of the Eagles and Steelers who were forced to merge during WW II due to the loss of players to the War). It was a super cool piece. It was even signed by Clark Gable, who was friends with one of the players on the team. On another episode the guys at the shop (Robbie’s 1st Base in Baltimore, Maryland) had me look at a Baltimore Colts autographed helmet by numerous Colts Pro Football HOF’ers. On a third episode I examined an ABA team signed basketball. Pretty neat experience. I’ve gotten a lot of positive feedback from my appearances. 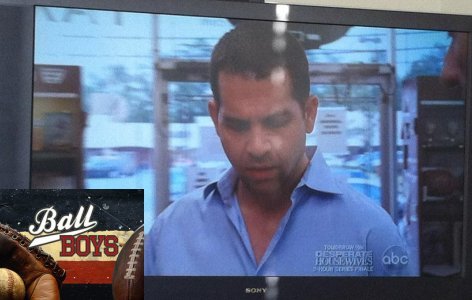 What is the – MAKE YOUR OWN OFFER SALE?

This sale is unlike any other sale we’ve ever rolled out in over 25 years in the business. We are going to let you contact us and make your own offer on our inventory. If we’re in the ballpark; you’ll own it! Now remember, offering $5 or $10 on a $100 item will most likely land your email in the delete pile, but no reasonable offer will be refused. What’s the worst case scenario? You make and offer and we say no?

Now often times over the years, I’ve been asked, “Rich, how do you price your inventory?”

That’s a hard question to answer, but when pricing merchandise there are several factors that go into the equation.

1. What did we pay for it?
2. What does this item sell for on the open market (auction prices – other dealer prices)
3. Supply and demand
4. How much will it cost us to replace this item?
5. How long have we been carrying this piece? (it does cost money to carry inventory)

We expect a ton offers to be coming in, so the better your offer; the more likely the item will end up in your collection. Feel free to email us at info@albersheims.com or give us a call at 215-665-1953.

WHAT’S NOT GOING TO HAPPEN?

Now we want to assure you, that this is not a going out of business sale. I’ve been collecting since 1981 and selling since 1985. I’m addicted to this hobby. However, due to some major collections that we’re currently working on, we may not be running any new sales until the fall (unless we end up coming back with a boatload of new inventory from the National).

Remember, this sale will be in effect Wednesday, May 30, 2012 – Wednesday June 6, 2012 only. I know I’ll probably get a bunch of calls next summer from collectors who will ask me if I’m going to have the “Make Your Own Offer Sale” again. To answer the question, quite frankly; I don’t know. I might get cleaned out.

So go to the website ASAP www.albersheims.com and get in on the “MAKE YOUR OWN OFFER SALE”.

Orders must be placed via email info@albersheims.com or phone 215-665-1953 (if you don’t get us live on the phone, you must leave a voice mail with the items you are interested in) or via our new on-line store! .

BUYING – $$$$$ As a side note, we’re actively looking for game used, trophies, and championship rings in BASKETBALL, football, and BASEBALL. $$$$$$