Check out Auction Of Champions to bid in our bi-weekly MVP Auction. Hundreds of outstanding memorabilia items are up for bid each auction. MVP Auctions will end every other Monday. Click “Sign up to bid” at AuctionOfChampions.com to register and bid! The auction ends March 2, 2020 features a NBA 50 Greatest Players Litho Completely Signed & Framed NBA Limited Edition #98/100. 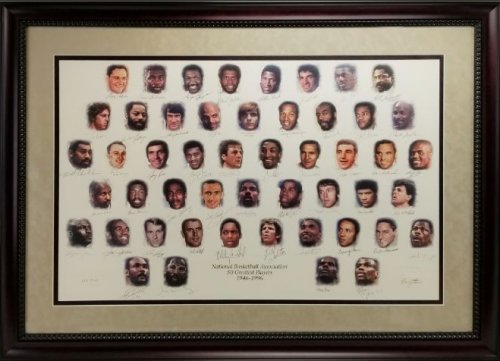 These autographs are certified by James Spence Authentication (JSA). The piece comes with the numbered hologram and matching Letter of Authenticity. Also included is the paperwork and video tape that our consignor received from his original purchase. 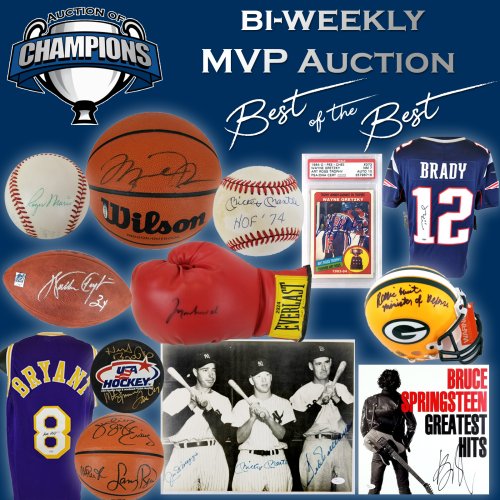 Auction of Champions also runs weekly auctions. There are hundreds of lots at auction that will end EVERY Wednesday Night at 11:00 PM EST using the 10 minute rule. We are accepting consignments! Weekly Auctions, Fast Payouts, Quick Turnaround!