The auction contained dozens of cards at seldom seen highest-grade levels. One of the two PSA 10 1961 Topps Roberto Clemente cards in existence soared to $43,200 while a 1963 Topps Clemente in the same grade and also one of just two 10s, netted $37,200. 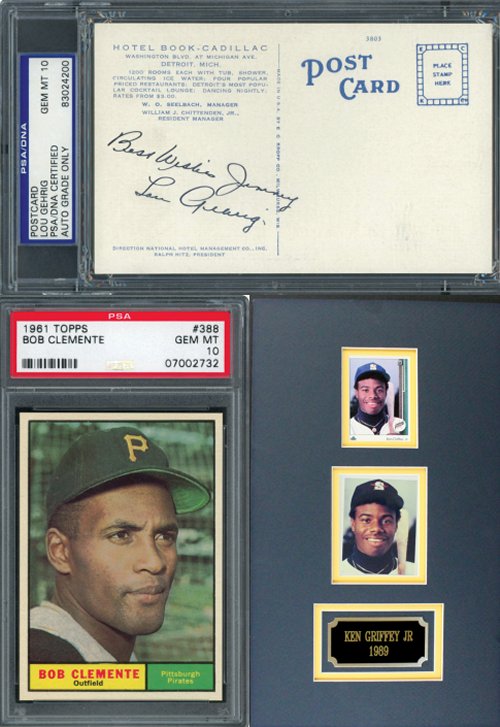 Among the more unique pieces in the auction was the original 1989 Poloroid photo that was used in the production of Ken Griffey Jr.’s iconic Upper Deck debut card.  Owned by a former Upper Deck executive, the photo generated a lot of interest before closing at $13,888.

Memory Lane is now accepting consignments for its Summer Auction. For more information, contact them via their website or call 877.606.LANE (5263).