On September 5th, 2007 at Coors Field in Denver, Barry Bonds launched career home run #762. The blast set the new home run record and it remains the only 762nd Home Run ball ever hit in Major League Baseball. It was the final home runs of Bonds’ career, and as such, replaced #714 and #755 as the magical all-time home run record. This ball – an absolutely phenomenal artifact of the National Pastime – is being offered as Lot #61 in Goldin Auctions’ 2019 Spring Premium Auction.

“This ball sold for $376,612 in 2008,” said Ken Goldin, Founder of Goldin Auctions. “At the time, no one knew it would be Bonds’ final home run. The ball remains the piece that set the all-time record, and its value is certain to have increased dramatically.”

Bonds, who starred for the Pittsburgh Pirates and San Francisco Giants during his 22-year career, was a 14-time All-Star, a 7-time N.L. MVP and an 8-time Golden Glove Award winner. He holds numerous records for baseball excellence, and legions of fans recall his exploits with amazement. His record for career home runs – represented by the 762nd Home Run ball – stands as his most impressive accomplishment.

The auction is open for bidding through May 11 at GoldinAuctions.com.

Goldin Auctions is currently accepting consignments for all its 2019 auctions. To consign an item, visit GoldinAuctions.com or call 856- 767-8550 or email info@goldinauctions.com. 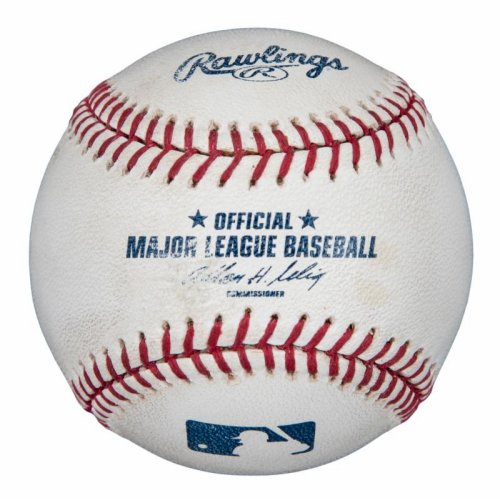 Sports memorabilia impresario Ken Goldin has sold more than $700 million in memorabilia from many of the biggest names in sports, history and pop culture and was the pioneer of using the medium of television to sell sports memorabilia. Over the past few years, Goldin Auctions sold a Honus Wagner T206 card for a public sale record $3.12 million, Babe Ruth’s 1918 contract for a record $1.02 million, the Mike Piazza Post-9/11 home run jersey for $365,000, and the 1979-80 Wayne Gretzky PSA 10 rookie card for a record $465,000. Goldin Auctions strives to break new ground and offer collectors the best in collectible treasures up for auction in the marketplace. Goldin Auctions is the official auction partner of the Naismith Memorial Basketball Hall of Fame, the Jackie Robinson Foundation and the Babe Ruth Birthplace and Museum. For more information, visit www.goldinauctions.com.