After being packed away for decades, one of Lou Gehrig’s final game used bats from the 1938 season and possibly during that year’s Fall classic will be offered at auction in March 2021 at SCP Auctions.

Derived from the personal collection of Earle Combs and freshly graded and authenticated by PSA/DNA who scored the gorgeous Gehrig monument GU 10; this is one of the most important pieces of lumber ever offered from the Iron Horse.  Ordered in September of 1938, this is one of the final bats Gehrig used during his illustrious career and may have been used during the ’38 World Series and possibly during Spring Training in 1939.  The order date of this specimen points to September 7, 1938, the last month of his New York Yankees career.

Hidden away for decades, the Combs family decided to reach out to SCP Auctions’ last month to inquire about the significance of the game used bat. The Combs family had mentioned that Earle and Lou had a very close relationship that transcended the ball field and that Gehrig had given his former teammate and then coach, Earle a bat sometime toward the end of his career. The bat immediately caught the attention of the experts at the auction house and has since been authenticated by leading game used bat expert, John Taube of PSA/DNA and has received the firm’s highest grade of GU10.  “SCP Auctions is honored to be able to handle one of the rarest and most valuable Lou Gehrig bats ever discovered,” said David Kohler, President of SCP Auctions.

The bat will be one of the focal points of a large annual Winter/Spring premier auction of sports cards and memorabilia conducted by SCP Auctions.  (Estimate – $500,000+) 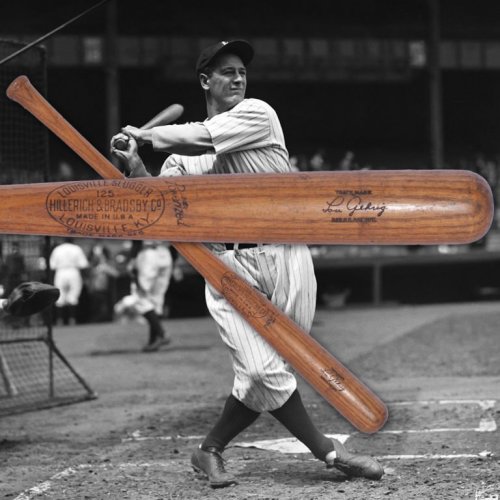