University Archives current auction offers a great selection of Autographed Documents, Manuscripts & Books.  We offer very attractive minimum bids and among the lowest buyer’s premiums in the industry of only 15%! (Please note: Invaluable and Ebay charge an additional 5%). Bid, register and view items from the auction here or on Invaluable now.  Bidding ends on January 24, 2017.

Check us out Now through January 24, 2017 on Invaluable, eBay or AuctionZip for a chance to own some of the finest autographed material available! 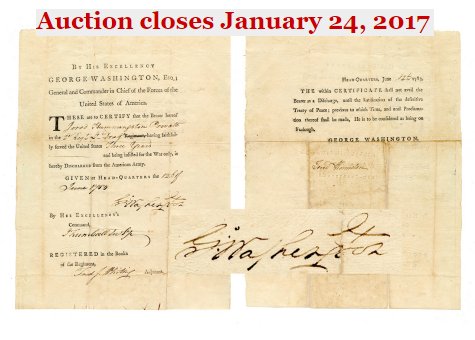