University Archives current auction offers a great selection of Autographs, Manuscripts, Books and Historical Relics.  We offer very attractive minimum bids and among the lowest buyer’s premiums in the industry of only 15%! (Please note: Invaluable and Ebay charge an additional 5%). Bid, register and view items from the auction here or on Invaluable now.  Bidding ends on February 28, 2017 at 10:30 AM EST.

Check us out Now through February 28, 2017 10:30 AM EST on Invaluable, eBay or AuctionZip for a chance to own some of the finest material available! 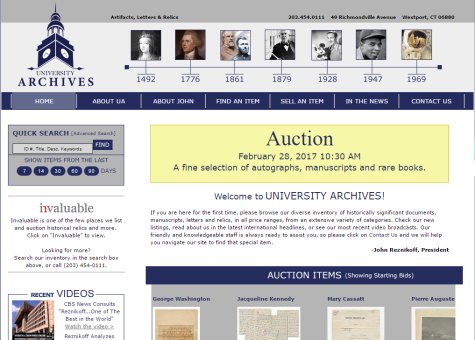