Bidding has begun in Steiner Sports “Legends of the Game” Auction!  This auction has an incredible selection of graded cards, autographs, championship rings, memorabilia, game used items and more. Over 1000 lots up for bid!  Bid, register and view all of the items at steinersports.com.  Bid now through June 11, 2015.

Don’t miss out on this opportunity to get closer to the players and the action with some awesome game used memorabilia. Bidding ends on June 11th at 10 PM EST.  Bid, view and register for this auction at steinersports.com. 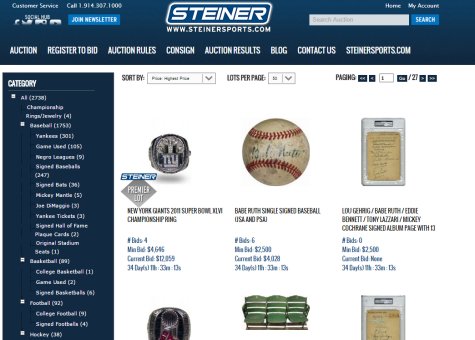