A football used by Tom Brady and the New England Patriots during the infamous “Deflategate” game is being offered as part of the Lelands 2015 Vintage Sports Auction, which is in progress and concludes on July 17th.  1,500+ exceptional lots of vintage sports, horse racing, rock ‘n’ pop and more!  Bid, register and view the auction items at lelands.com.   Other items include: 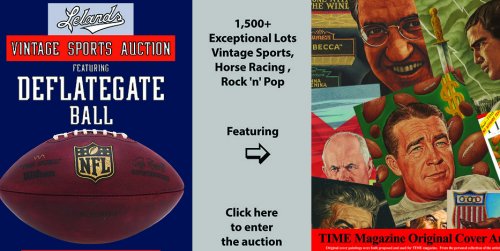 The auction closes July 17 at Lelands.com.