Highlights for July include:

NEWS UPDATES & CONSIGNMENTS WANTED
MEARS will not be attending the National Sports Convention in Cleveland this year. During the week of the show, we will be traveling to pick up several collections scheduled to be auctioned in August & September and finalize arrangements of our west coast consignment center. Consignments and authentication submissions may still be submitted to our South Milwaukee offices during the National.

We will be at the following locations on these dates:

If you have a game used bat, game worn jersey, vintage autograph collection, or quality memorabilia, please contact us for a free appraisal. Troy R. Kinunen (414)-828-9990 or email troy@mearsonline.com. 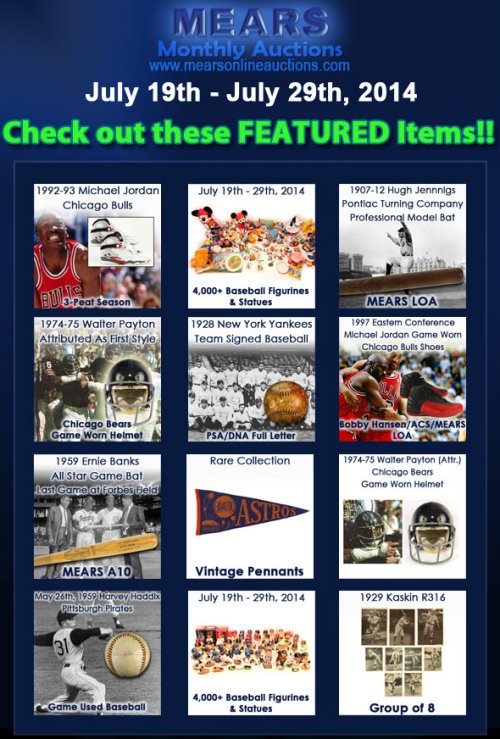