RMY Auctions is offering over 1200 Rare and Iconic Sports and Historical Photos in their current auction that ends Saturday , November 15, 2014.   Bid and register here at rmyauctions.com.   Highlights include Babe Ruth photos, as well as vintage images of Mathewson, Gehrig, DiMaggio, mantle etc.  Photos from all sports!  It is a fabulous opportunity for collectors to acquire some beautiful images. 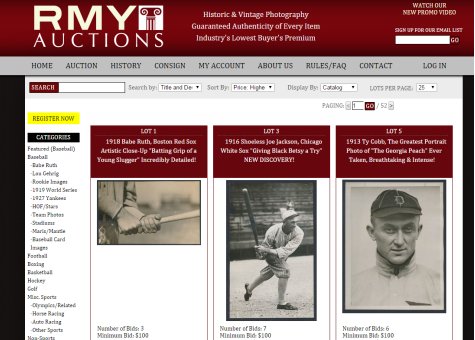