Steiner Sports  NBA All Star Auction is in progress. Our  NBA Auction features some extremely rare and high end Basketball Items.  And many, many more items are available for bidding now! The NBA Auction ends on Feb 21st at 10PM ET. Get your bids in now on hundreds of rare and valuable lots! 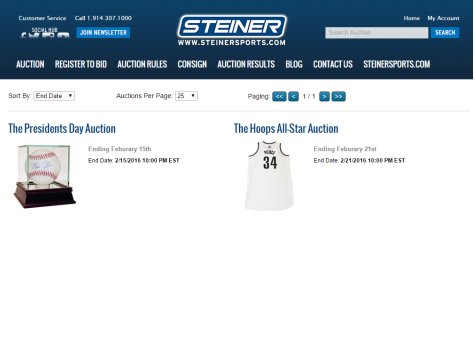