Steiner Sports brings you the Big Game Auction! This auction features over 400 lots from some of the greatest football players to ever step on the gridiron. Both former and current players, Super Bowl MVP’s and some iconic moments this auction has it all for fans of the National Football League. Bidding will end on Wednesday February 4th at 10 PM EST. 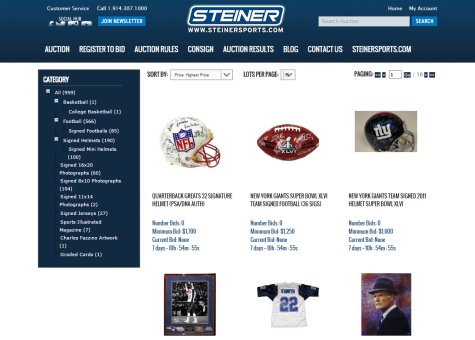