The CertifiedLink.com Fall Auction is underway and offers a selection of highly collectible certified Trading Cards including both desirable vintage sports cards and Magic: The Gathering cards (including a Beta Lotus 9.5). Also featured are certified coins, currency and video games. If you are interested in bidding but have not registered, sign up now to bid! Be sure to subscribe to the email list to be alerted to future auction alerts.  The Auction Ends Tuesday, November 12, 2019 – Bid Now! 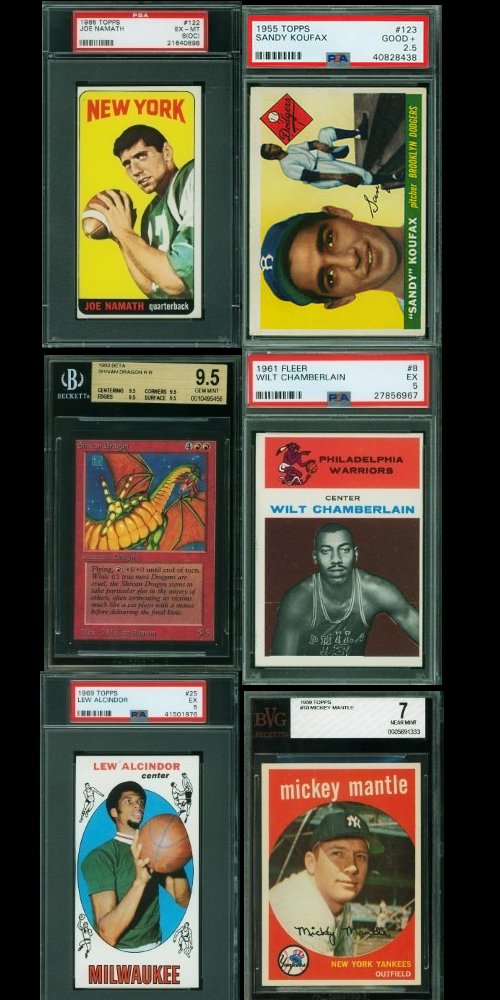 Offered in this auction is a selection of sports cards that span over a century–from 1887 to 1986, with all major sports represented. There are a number of highly collectible rookie cards including such superstar players as Baseball’s Yogi Berra, Sandy Koufax, Roberto Clemente, Warren Spahn and Duke Snider; Football’s Joe Namath, Johnny Unitas and Mike Ditka; Hockey’s Bobby Orr and Bobby Hull; and Basketball’s Wilt Chamberlain, Bob Cousey, Lew Alcindor (Kareem Abdul-Jabbar), Pete Maravich and Michael Jordan!

Magic: The Gathering first came out in 1993. The original card game is now played by an estimated 20 million people worldwide yet early Mint State examples are few and far between! Many of the early MTG cards are rare and collectors will spend thousands of dollars to obtain them. Offered in this auction are some of the most collectible cards in this hobby including: 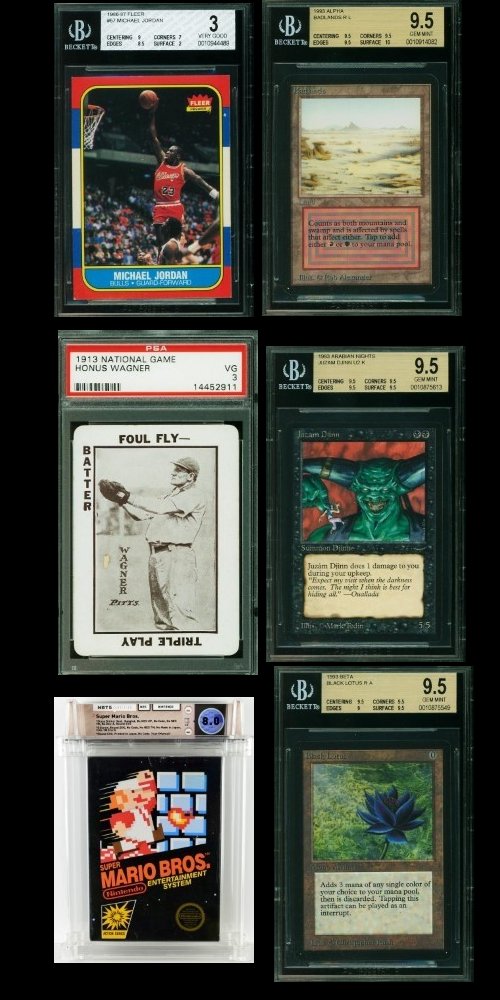 Among the video games you’ll find many of the most collected offerings in this still new and rapidly growing hobby:

You’ll also find over 30 games from the Indiana Pedigree Collection with an very impressive average grade of WATA 9.6 with many at the 9.8 level! Amazingly, 20 of the games are the Single Highest Graded! 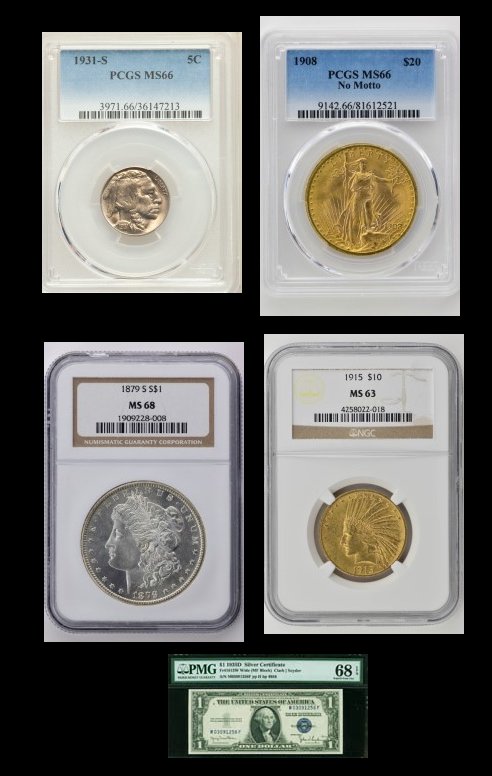 The auction includes a selection of Certified Coins consisting primarily of U.S. coins released in the 1800s and early 1900s. Despite being minted many years ago, these third party graded coins remain in great shape. Numerous denominations are represented. Offerings include an 1879-S Morgan Liberty Head Silver Dollar NGC MS 68. You’ll also find a number of affordable Double Eagle gold pieces from the1800s and early 1900s that carry with them significant value in just in the melt value of the gold itself!

There are also examples of collectible U.S. Currency including several early to mid-20th century examples in Mint-state PMG 68 EPQ or PMG 67 EPQ.

If you are interested in selling your valuable collectibles, you are invited to participate in upcoming CertifiedLink.com auctions! We are now accepting consignments for the Winter Auction which will commence in early 2020 (a preview will post soon). Categories include certified video games, cards, coins, action figures/toys and we are looking to expand into other areas as well. In addition, if you have valuable comic books or comic and fantasy-related original artwork that you are thinking of selling, we are also accepting consignments for the big ComicLink Fall Featured Auction (starts 11/19), as well as other upcoming auctions. To reserve auction placement, simply email buysell@comiclink.com, phone our sales team (617) 517-0062 (option 1) or reach out to Josh Nathanson, the founder and managing director of both CertifiedLink and ComicLink, directly at njosh@comiclink.com or (617) 517-0062 Ext. 101. Generous upfront cash advances are available upon receipt of your consignment!

To jump to the CertifiedLink.com Auction now underway click here.