Simmons won three Stanley Cups with the Toronto Maple Leafs and was the first goaltender to adopt the face mask after Jacques Plante introduced it in 1959. 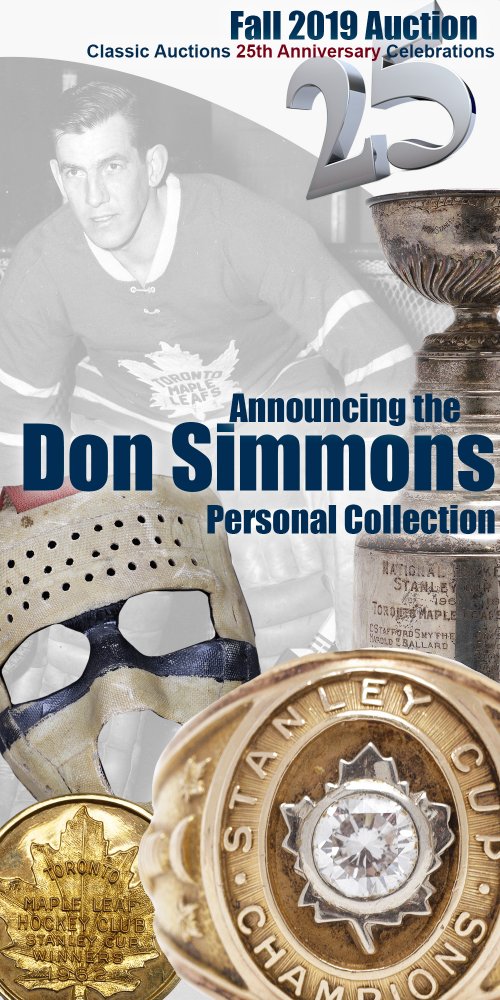 The Don Simmons Collection will include extremely rare items such as the above 3 game-worn fiberglass masks from the 1960’s.  All items were obtained directly from the family and will be offered for the first time to sports memorabilia collectors.  All items will be available for bids in our upcoming Fall 2019 Auction.

This is your chance to join this historic Classic Auctions event.  Stay tuned for a series of announcements related to our 25th anniversary celebrations.  The entire Classic Auctions team would like to thank you for your trust and support for the last 25 years.  We hope to see you for the next 25!