With the NHL Stanley Cup playoffs now underway, we here at Classic Auctions offer our own formidable team for the Spring 2018 Auction, with each ‘member’ thoroughly PHOTO-MATCHED – guaranteeing complete authenticity. Highlighted and ‘captained’ by a truly once-in-a-lifetime offering with the spectacular Bobby Hull Chicago Black Hawks rookie sweater that serves as one of the greatest NHL jerseys in the entire hobby, we’re anchored in the crease by a stunning Montreal Canadiens sweater donned by legendary backstop Ken Dryden during the club’s unforgettable Stanley Cup championship season of 1976-77.

The blueline is occupied by another desirable Sainte-Flanelle, with this pre-rookie example worn by P.K. Subban witnessing both the Toronto native’s 1st career goal and regular season game – it also saw action during the first three rounds of the 2010 Stanley Cup playoffs. 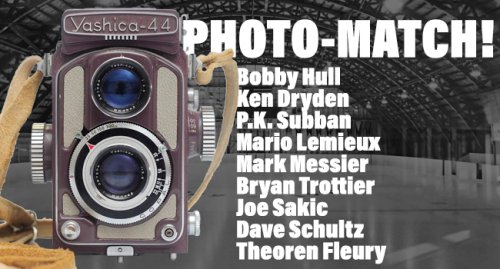 We have the other point thoroughly covered, with a rarely seen Pittsburgh Penguins “Blue Penguin” example with over 20 team repairs that was worn by Pierre Larouche, Peter Lee and Gary McAdam during the 1977-79 time frame. Moving on to an especially threatening offense, our forward line is centered by considerable depth, with a Mario Lemieux Pittsburgh Penguins captain’s jersey worn by the icon during the 1988-89 NHL season, along with a second captain’s jersey – this one a New York Rangers example that saw plenty of use on Broadway – worn by “The Captain” Mark Messier during his impressive 47-goal season of 1995-96. 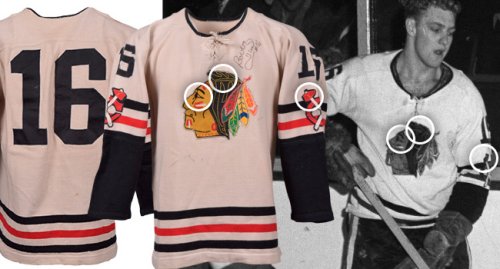 No third liners, this is proceeded by face-off specialist Bryan Trottier, with a breathtaking New York Islanders jersey sported by the HOFer during a 50-goal campaign in 1981-82, along with a highly sought Quebec Nordiques alternate captain’s sweater that saw action on the back of Joe Sakic during the NHL’s 75th anniversary season of 1991-92.

Bringing the muscle, the left wing is well defended by an exquisite Pittsburgh Penguins sweater worn by legendary tough guy Dave “The Hammer” Schultz during his second season in Steel City, in 1978-79.

The opposite wing feature’s a more pronounced work ethic, with an especially hot Calgary Flames alternate captain’s jersey worn by lovable cow-town legend Theoren Fleury, in 1997-98. Going with this line-up, it’s a safe bet that we could never lose!

Blessed with an incredible photo-archive literally second-to-none in the industry along with an experienced and extremely knowledgeable team, Classic Auctions is the standard by which all others are measured, with our photo-matching expertise the best in the hobby. While the NHL playoffs offer photo-finishes…Classic Auctions delivers photo-matches!

Consign with us today:

We are looking for items such as:

10 REASONS TO CONSIGN WITH US