Tuesday night, October 26, 2021 marked the closing of the Classic Auctions Fall 2021 Auction. Another great auction with amazing results, with a total realized of $1,875,000 including a new world record for the highest amount ever paid for a baseball ticket, a Mickey Mantle April 17th 1951 New York Yankees Major League Debut Ticket Stub ($141,395)! 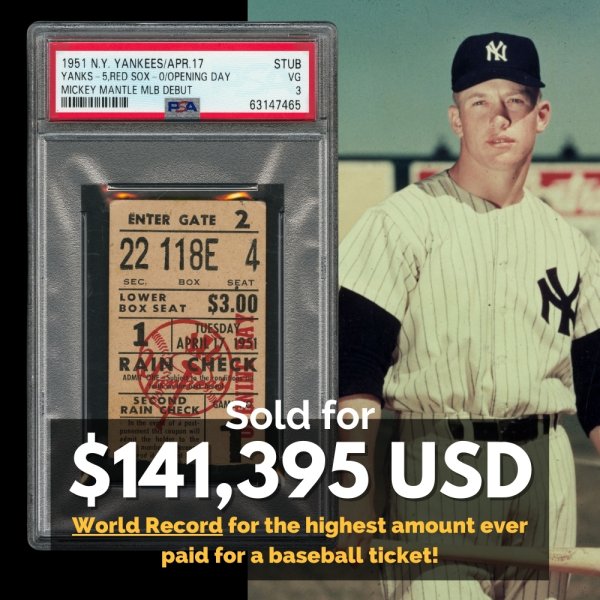 Top prices for trading cards – The trading card market is on fire and Tuesday night’s results are a very good indication of this trend. The demand for high graded cards and other rare examples continue to rise and more and more collectors are now closely following it. Here’s a few great examples of sensational results for prices realized in our Fall 2021 Auction’s Vintage and Modern Sports and Non-Sports Cards and Premiums category.

Classic Auctions Seeking Consignments for the Next Auction