Amid the spring sun now shining and the traditional unfolding of this season’s exciting Stanley Cup playoffs, the time has come once again to announce that the latest Classic Auctions offering – theSpring 2018 Auction – is open for bidding and will conclude on June 19, 2018. Bid, view and register for the auction at www.classicauctions.net.

Slated as one of our most diverse and thought-provoking sales and highlighted by one of the greatest NHL jerseys in the entire history of the hobby with Bobby Hull’s utterly amazing photo-matched 1957-58 Chicago Black Hawks rookie season wool sweater, a parade of additional photo-matched jerseys representing some of the greatest names in the game will also hit the block, including examples from Mario Lemieux, Ken Dryden and Mark Messier. The Great One also makes a prominent appearance, with Wayne Gretzky’s 1978 OHA All-Star Game jersey – also photo-matched – along with one of the earliest Montreal Canadiens sweaters ever offered and the ONLY KNOWN Aurel Joliat Habs’ example, with his photo-matched wool sweater from 1929-30. Other notables include items from the personal collection of NHL superstar and NCAA coaching icon Red Berenson, along with an actual UFC Championship belt won by legendary fighter Georges St-Pierre, with this example attributed to GSP’s victory at UFC 94. 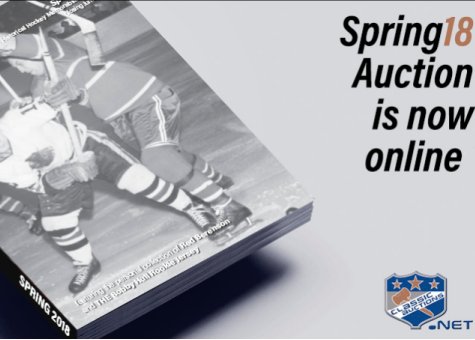 With each of our auctions, a large selection of additional hockey and sporting items will be available, along with some wonderful entertainment and political specimens. Bid with confidence, bid with Classic Auctions!