Bidding is in progress for the Classic Auctions Winter 2022 Auction and will close on March 1, 2022. With 1,100+ lots of quality hockey memorabilia and cards, including vintage and modern trading cards, by the sensational Personal Collection of the late Pat Stapleton, and more specifically his 1972 Summit Series game-worn jersey and by this extremely rare Wayne Gretzky Signed WHA Edmonton Oilers Rookie Season Contract. Bid, view and register for the auction at classicauctions.net. 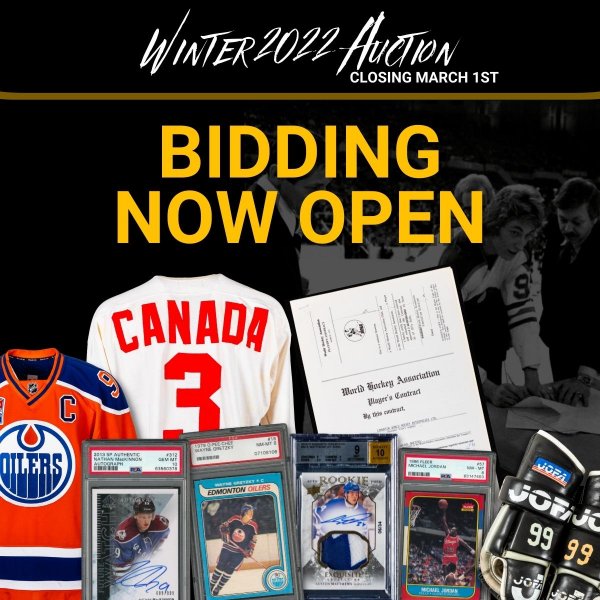