Bidding goes live in Collect Auctions’ next event on March 23, with the auction closing April 2. The auction includes another strong lineup of unopened wax, vending and cello boxes, along with unopened cases from Topps. Leading the way is a 1975 Topps Baseball unopened vending case and a 1970-71 Topps Basketball vending box. 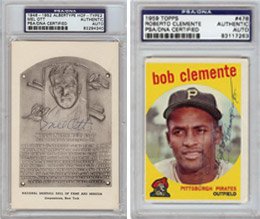 Catalogs will hit during the final week of March and be sent out to all registered bidders. Call 888-463-3063 to discuss making your collection a featured part of our next auction.