Bid in the Collectible Classics October 29, 2020 Auction.  There are hundreds of lots on the auction block. Bid, view and register at http://www.auctionscc.net/auction/. This auction will feature vintage sports cards and memorabilia.

Initial bids need to be placed by 10 p.m. on Thursday, Oct. 29. After 10 p.m. Eastern Daylight Saving Time, the entire auction will close when 10 minutes pass without a bid on any lot. After 1 a.m., if the bidding goes that late, we can close the auction at any time. Complete rules are online.

After 10 p.m. Eastern Daylight Saving Time, you will be able to bid only on lots you have already bid on and on lots that have received no bids.  Lots that receive an initial bid after 10 p.m. will remain open to all bidders until the auction closes.

Our 10-minute rule begins at 10 p.m.  If a period of 10 minutes passes without a bid on any lot, we will close the ENTIRE AUCTION.  If the auction continues until 1 a.m., we can close it any time after 1.  Usually, our auctions end shortly after 1 a.m.

For phone bidders, four numbers will be available for placing bids beginning at 7 p.m.  The primary number, available all day, is 724-446-3079.  After 7 p.m., if this line is busy, then try one of the other numbers:

Please do not leave a message after 7.  You should be able to reach us at one of these four numbers.

After an absence of almost five years, Collectible Classics (CCA) has returned to the auction circuit with a 588-lot auction closing Oct. 29. Sports and non-sport cards, autographs and memorabilia are being offered.

CCA suspended operations in January 2016 when Judy Burk, who conducted the auctions with her husband John, was left requiring 24-hour care following a moderate heart attack and a failed medical procedure. Judy passed away in February 2020.

John Burk credited several long-time collector friends with making the restart of CCA auction possible. “Mike Wheat, John Butch and Lou Swartz made significant contributions to getting this auction together,” John said. “So did Kevin Binder, who hosts and maintains our website.” 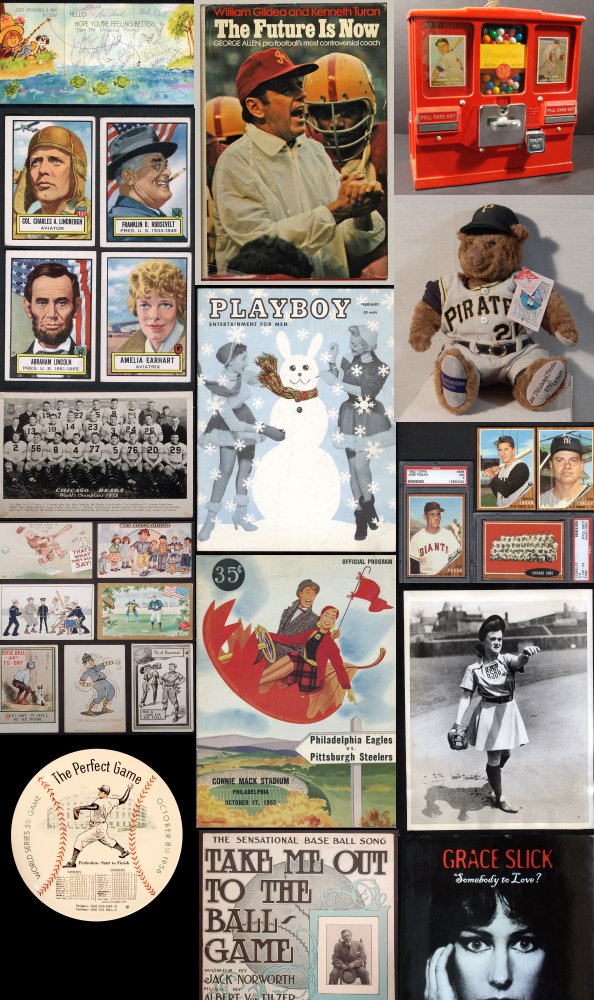 “As our auctions return,” John said, “I want to thank our customers and consignors who offered prayers, encouragement and support during the 4+ years of Judy’s illness and at her passing. A special thank you goes to our consignors for their patience.”

Collectible Classics specializes in collector lots typically selling for less than $200. “Since our first auction in 2002,” John said, “each auction has normally had a nice selection of higher-end items. At the same time, many of our customers collect for enjoyment and are looking for affordable, collector-sized lots.”

John said CCA’s goal is to offer at least four auctions next year. He added that “the auctions will include many of the items, most related to football, that Judy and I collected over 45 years.”

For non-sport collectors, CCA40 has almost 90 lots of cards, autographs and various types of memorabilia. A few items may appeal to both non-sport and sports collectors.

Mickey Mouse fans can choose between a 1930s pie-eyed bisque figurine of the loveable Walt Disney creation as a baseball catcher and a 1934 “Mickey Mouse Magazine” that has a baseball theme. Mickey will reach the age of 92 in November. Goofy, another Disney character, is the subject of a gumball dispenser with a bowling connection. The lot with Goofy also includes three Mattel “Bowling Party” dolls.

An autograph of President Gerald Ford also is a sports crossover. It is accompanied by a photo of him as a young football player with his high school teammates. Other autographs are of psychedelic rock music diva Grace Slick and Marvel comic book artists, including George Perez and Stuart Immonen.

Thirteen lots of “Playboy” magazines spanning 1954-60 are available. Nine single-issue lots from 1954-55 are among the offerings. A 1955 Marilyn Monroe calendar also is up for bid.

A 1952 Topps Look ‘N See near set is among the highlights of 43 non-sport card lots. Cards from sets infrequently seen include 1934 Tarzan and the Crystal Vault of Isis, 1935-37 G-Men & Heroes of the Law, a 1936 Buck Rogers strip card and a 1930s Indian Chiefs set of 24 cards in three uncut strips of eight cards each. More than 20 1920s-30s British sets, many featuring actors and actresses, are open for bidding. These sets are affordable, and extremely attractive.

Washington, D.C. and nearby communities are well represented in CCA40’s non-sport memorabilia – an 1888 stereoview of President Grover Cleveland and his running mate, photos from the funeral of President William Howard Taft, vintage photos of the nation’s capital, photos of horse-drawn vehicles and other early transportation, and programs or books from the inauguration of four U.S. Presidents. Other lots include early books on mathematics, a McGuffey’s Reader, late 19th and early 20th century magazines, portfolios of classic paintings, and books with a D.C. focus, including a novel by Mrs. Woodrow Wilson.

For the holidays, one non-sport lot has a Christmas theme. It includes books for children, sheet music and other interesting items. There also are three 1920s-30s Tarzan novels, a scrimshaw-like pocket knife and letter opener, and a small group of coins.

Finally, for music fans, the auction has vinyl records and sheet music. A lot with a “Family Library” of 22 albums (33 1/3 rpm) and 24 more albums of classical, opera, ballet and other music has a minimum bid of only $10. More than 100 pieces of sheet music, most from the 1930s-40s, include songs related to Buster Brown and the Katzenjammer Kids, performed by such artists as Bing Crosby, Ozzie Nelson and Kate Smith or written by such composers as Stephen Foster, John Philip Sousa, Irving Berlin, Victor Herbert and the Gershwins. Thirteen pieces of sheet music present impressive cover artwork. 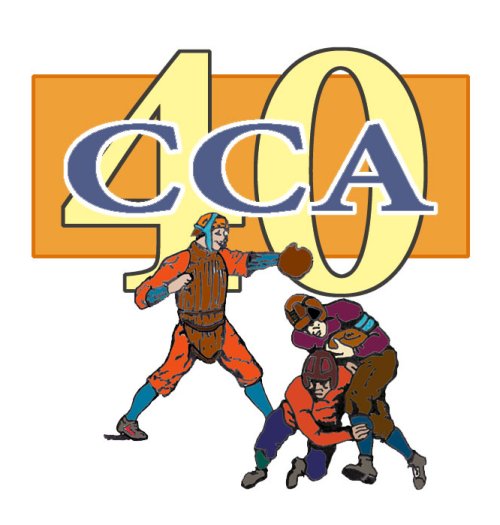