Detroit City Sports current Monthly auction is in progress at auctions.detroitcitysports.com/catalog.aspx .  Hundreds of lots at auction that will end, Saturday, October 23, 2021 at 4 PM EST using a 5 minute rule. This auction features vintage baseball memorabilia and autographs, graded sports cards, hockey memorabilia and autographs and much more! Bid, view and register for the auction at auctions.detroitcitysports.com/catalog.aspx. 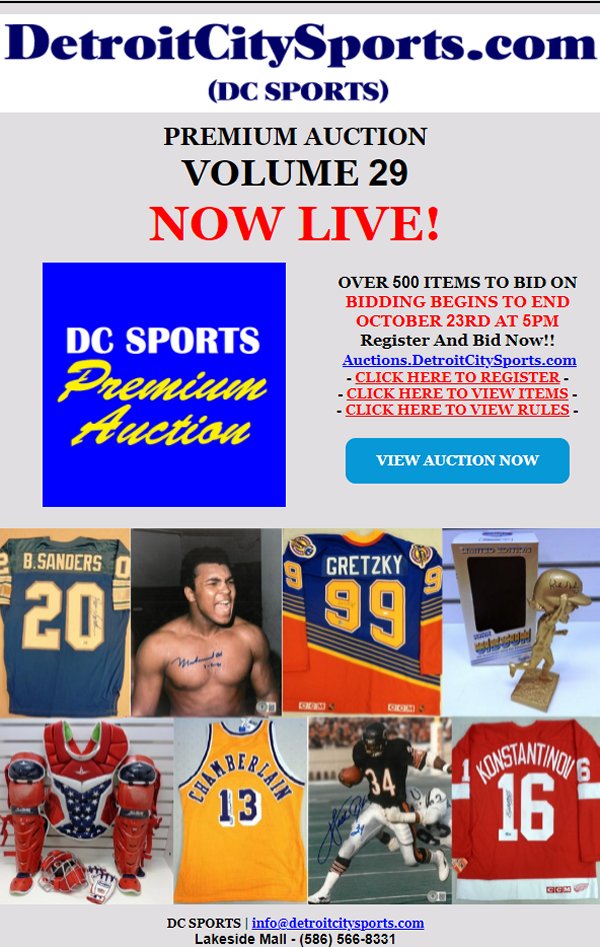