Nearly 30 years after the fabled “Dream Team” won basketball gold, a Backboard, Rim and Net used during the Barcelona Olympic Games in 1992 is up for auction in Goldin Auctions Elite Auction which is open for bidding at Goldinauctions.com.

In 1992, the United States made a landmark decision to send its best professional basketball players to compete against the World in the Barcelona Olympic Games. After a loss in the 1988 game to the USSR, FIBA voted to change the rule and allow professionals from the U.S.A. to compete in international competitions. As a result, the United States assembled a roster of N.B.A. stars that were remarkably all future Hall of Famers: Michael Jordan, Magic Johnson, Larry Bird, Patrick Ewing, Charles Barkley, David Robinson, Scottie Pippen, John Stockton, Karl Malone, Clyde Drexler, Chris Mullin and the lone college player, Duke’s Christian Laettner to compete for Olympic Gold.

The result was a performance so dominant that the sport of basketball gained World-Wide Popularity as the group of payers dubbed the “Dream Team” went on to capture Gold outscoring opponents by a total of 309 points in just eight games.

“Dream Team Basketball memorabilia is some of the most sought-after basketball memorabilia,” says CEO and Founder of Goldin Auctions, Ken Goldin. “We anticipate that this Hoop used during the historic Olympic games for the USA to exceed six figures with ease in auction.”

This gigantic backboard measures 72 x 42 inches and has a steel frame with a Plexi-glass backboard and was in the “Pabellon Olimpico de Badalona” (Badalona Olympic Pavilion) arena used in the 1992 Summer Olympics. Included with this piece is the Schelde International breakaway rim and original netting used during the Games. A netting alone from these games could potentially reach six figures based on previously historic basketball net sales. As another point of reference, the game used ball from the 1992 Olympic Gold Medal Game sold for $230,031 in 2015. 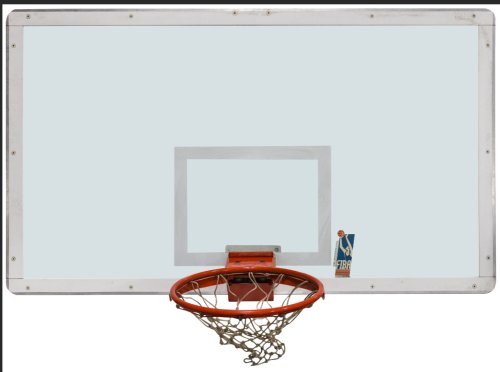 This backboard, rim and netting were acquired by an employee of the Olympic Organizing Committee of Barcelona 1992 (Comite Organizador Olimpico de Barcelona 1992) who purchased the item directly from the Committee following the conclusion of the games. A notarized letter of provenance from the employee will accompany this historic item, along with a copy of the original purchase receipt.

The Goldin Elite auction offers over 1,250 lots which a concentration on modern trading cards and items valued at $10,000 and up. This is the second Elite auction Goldin Auctions has offered as the first Elite Auction saw the sale of Mike Trout’s 2009 Bowman Chrome Prospect Superfractors Rookie Card sell for a trading card record of $3.84 million.

Goldin Auctions is actively accepting consignments for its upcoming Winter Auction which will take place in early February. To get into the next auction you can consign by emailing an image and description of your items to info@goldinauctions.com.