This is your chance to buy Fabulous Autographs, Rare Books and Relics. Join University Archives on December 6, 2017 at 10:30am EST. The auction is now available for viewing and leaving bids on Invaluable, eBay & AuctionZip.  The current auction offers a great selection of Autographs, Manuscripts, Books and Historical Relics. Bid, register and view items from the auction here or on Invaluable now.

We have a vast selection of autographed documents, manuscripts, photographs, books, and relics. Also items from presidential, historical, military, literary notables, and much more! 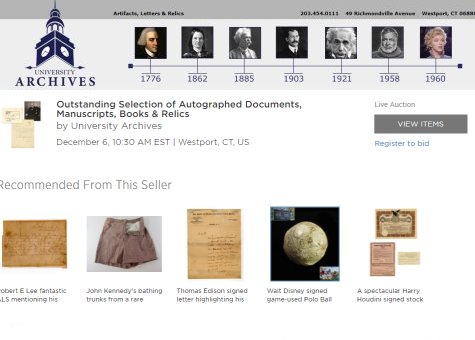