The Big Game Auction is now live! Bid on over 500 Lots of ALL Football Memorabilia. The auction features the Pair of Gloves attributed to Adam Vinatieri’s impossible snow game field goal sourced from a Large New England Sports Memorabilia Company. This game is known to many New England Patriots fan as the game that started the dynasty. Due to the Timing of the Superbowl on Sunday, we have moved the ending of the auction to Monday February 6th at 10PM ET.

Will Tom Brady go down as the greatest of all time tomorrow night? Without this spectacular event, we may not be asking this question. Therefore these gloves could be one of the finest pieces of Patriots memorabilia one can attain as game used Patriots memorabilia is very difficult to come by. The original owner of these paid in excess of $20,000.00 and has put them at risk starting the bidding below half of his investment! 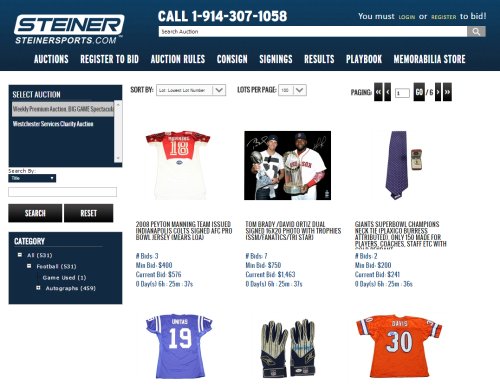