Game Used Only Auctions is accepting consignments for our upcoming auctions. Please contact us today to discuss your items. We are always looking for more pieces to add to our collection including players, trainers and collectors collections to purchase or auction. If you have something we would be interested in, please contact us today at 416-930-4471!

About Game Used Only
Collecting to me was pure enjoyment as a kid. I would still like to be able to enjoy it as I did then, today. After receiving a Darryl Sittler game used stick in 1976, I was hooked! Noticing how cool it was that his name was printed right there on the stick, was very impressive. If we treat this as a business, as every single dealer out there does, why should this business differ than any other? Is it that we as collectors are so in need of an item that we are willing to forget basic business etiquette? Lets not 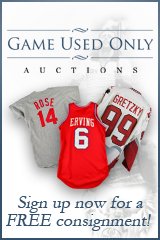 allow this to continue.. We are strong in numbers, if we agree to make a difference, we can. 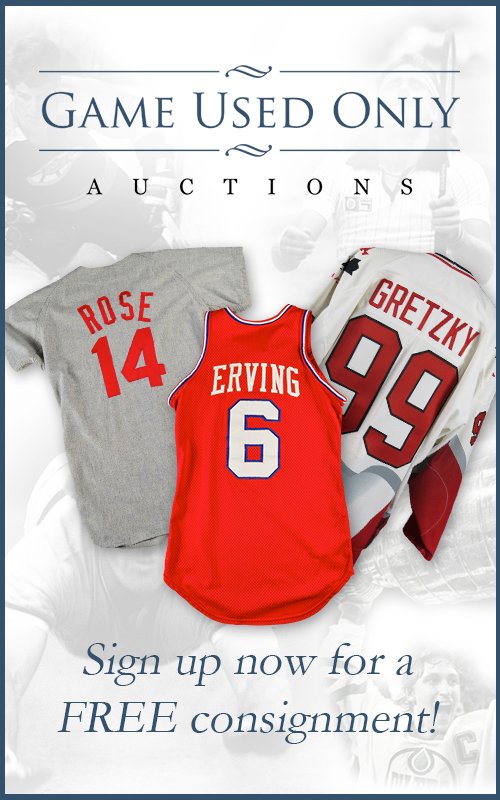