Making its first appearance in the market, a pair of historic New York Yankees items sold for over $1.1 million combined as SCP Auctions closed out its Winter Premier Auction early Sunday morning.    The top-selling item was a game model bat from late in Lou Gehrig’s career that had been consigned by descendants of his former teammate Earl Combs.  Rated 10 by PSA/DNA bat expert John Taube, the 1930s relic realized $715,120.

Another item with direct provenance to a former player also brought a big price. A 1927 Yankees team-signed photo from the estate of former batting practice pitcher Don Miller, including the autographs of Gehrig and Babe Ruth, closed at $444,031. 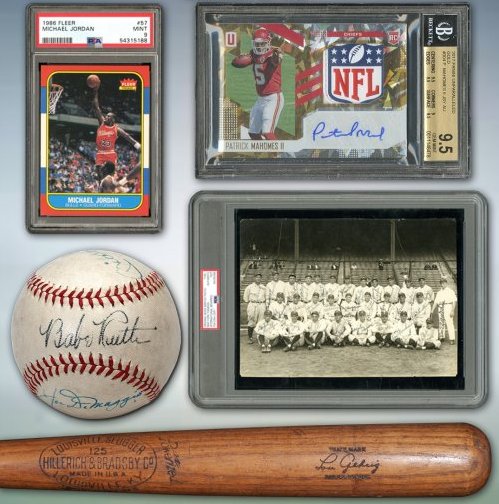