A program from the first game of the 1903 World Series, a pair of San Francisco Giants World Series rings and game-used collectibles from Kansas City Royals stars Billy Butler, Eric Hosmer and Mike Moustakas are among the 1,100+ items up for bids in the Goldin Auctions October Legends Auction through November 1 at www.goldinauctions.com. 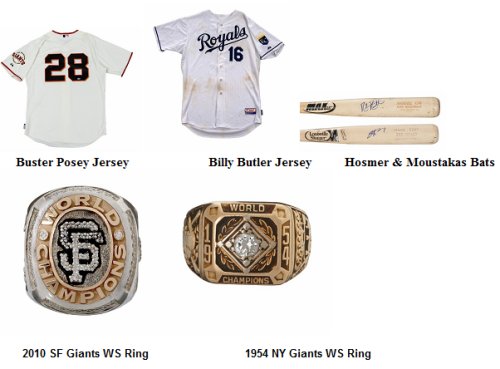