Giovanni Sports Auctions October 17th PSA & SGC Sell Off Auction is now in progress and concludes on October 17, 2014. Bid now on hundreds of items for sale. Over 500 lots under $10 including complete sets, autographs and 100’s of PSA graded cards! 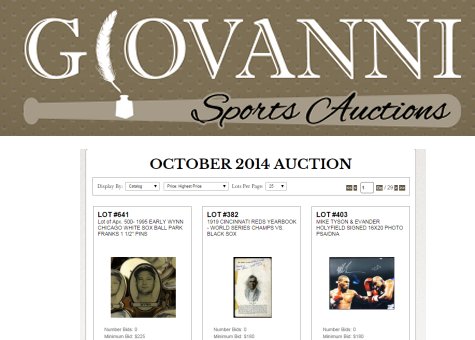