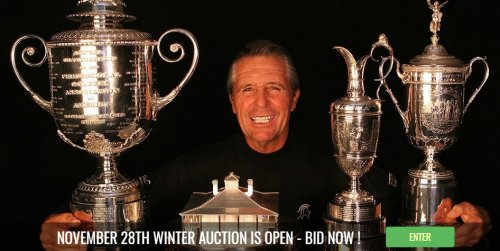 For the golf collector, this meant scouring baseball-heavy auction catalogs in the hope of finding a handful of golf items up for auction. The added fact that these golf lots often contained inaccurate or misleading information led to much frustration to golf collectors. After its first auction in the summer of 2006, Golden Age Golf Auctions quickly became the place to find authentic golf antiques and golf memorabilia. It’s now a few years later, and Golden Age Golf Auctions has never looked back.