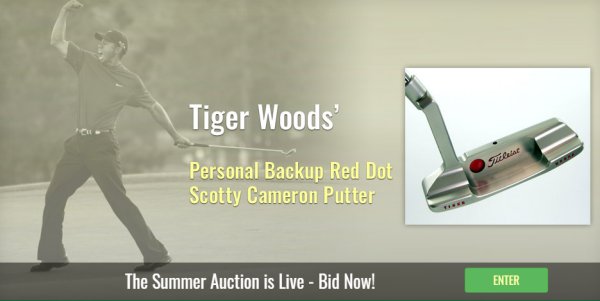 All initial bids must be placed by 7pm Eastern Saturday August 28, 2021. Extended Hours bidding will begin at 7pm Eastern, and will only be available to previous bidders on each specific lot. A Fair Warning announcement will go out at 11pm Eastern. Beginning at 11pm Eastern, we will be monitoring the quantity of bids per 15 minute period and will then decide to conclude the auction (at a time unknown to anyone else) once bids have noticeably slowed.

Our Extended Hours bidding is a marathon, not a sprint. Please take a moment to familiarize yourself with it. We’ve recently shortened the Extended Hours period so that our Fair Warning notice will go out at 11pm Eastern on Saturday.

How does Extended Hours Bidding Work?

What’s the best way to try to win an item that you really want in the auction?

There are really two schools of thought:

(1) For those that don’t mind hanging out with us Saturday Night (and likely past midnight and into Sunday morning), and that enjoy the action, just make sure that you have at least 1 bid placed on every lot that you might conceivably want to win. Then, check back with us after 7pm Eastern and monitor your lots, see where the bidding is at, and try to win the lots you want…

(2) For those of you who don’t want to spend your Saturday night with us, feel free to place an AutoBid (MaxBid) for the maximum amount that you are willing to pay for that lot. Our computer system will keep track of that max bid, and will only increase your bid if someone bids against you. The other bidders never get to see your AutoBid – the computer just starts automatically outbidding them (up to your maximum stated amount) as someone bids against you. If no one bids against you, then it simply never goes up and you get the lot for your original bid.

How do AutoBids work? What is “First in Time”?

At any point (yes, even if you are currently the high bidder), you may place an AutoBid on any lot in our auction. An AutoBid is a maximum bid that allows our computer system to automatically place a bid for you should someone start bidding against you. The key advantage of an AutoBid is that your bid will be “First in Time” and therefore prevail over someone else trying to make the exact same bid. This comes into play all of the time since all bids must be made in set 10% increments. Your AutoBid will be hidden to everyone, and the computer will only utilize it in order to reach a reserve or if someone bids against you. That is to say, using an AutoBid will tell the computer to always place the lowest possible bid that will make you the high bidder (up to your Maximum stated amount). Placing an AutoBid also allows you to place a bid up to your desired max bid amount and not have to worry about staying up all night watching our auction.

When will the auction/Extended Hours bidding actually end on Saturday night?

With over 1,000 lots in this auction and bidders in nearly every time zone around the globe, we expect that the auction will go past 11pm Eastern Saturday night (and very likely past midnight into Sunday morning). After 11pm Eastern, we reserve the right to conclude the auction at any point. Even we don’t know exactly when this will be, so don’t wait too long to bid.

At 11pm Eastern, we will be monitoring the quantity of bids per 15 minute period and will then decide to conclude the auction (at a time unknown to anyone else) once bids have noticeably slowed.

Will we call or email or text with auction updates?

Certainly! Every auction we have several bidders who want text or phone call updates – usually when people are busy on Saturday night (or want to go to sleep!) and want an update on how their lots are doing. A couple years ago we even provided text updates to a customer while he hosted his daughter’s wedding!

If I can’t get to a computer, can I place a bid over the phone?

Of course! While most bids are simply placed over the computer, feel free to give us a call and we can manually place a bid for you, increase an AutoBid, etc.

What times of day is someone from Golden Age available to talk via phone?

Bob and Ryan are ready, willing and able to assist you with anything you need. Feel free to call us any time of day or night. If for some reason we aren’t available, we will get back to you right away. And we both stay up late, so don’t be afraid to call as late as you want!

If you have any further questions, please do not hesitate to contact us.

For the golf collector, this meant scouring baseball-heavy auction catalogs in the hope of finding a handful of golf items up for auction. The added fact that these golf lots often contained inaccurate or misleading information led to much frustration to golf collectors. After its first auction in the summer of 2006, Golden Age Golf Auctions quickly became the place to find authentic golf antiques and golf memorabilia. It’s now a few years later, and Golden Age Golf Auctions has never looked back.