Today, nearly 900 lots of sports, entertainment, historical and pop-culture memorabilia featured in the 2018 Goldin Auctions June Internet-Only Auction, are available for bidding. The company’s second of four internet-only auctions scheduled for this year, will be open for bidding from June 11-23 at GoldinAuctions.com.

“The fact that we dramatically increased the number of lots from our first internet-only auction in March, indicates that this type of event fills a niche for collectors. It allows consignors to sell items on short notice and collectors to find a wide variety of unique items and great deals at a variety of price points,” said Ken Goldin, Founder of Goldin Auctions.

Minimum bids on more than 250 of the items are $100 or less. To consign an item to a live, catalog or internet-only auction, contact Goldin Auctions at info@GoldinAuctions.com.

Some of the highlights of the 2018 Goldin Auctions June Internet-Only Auction include: 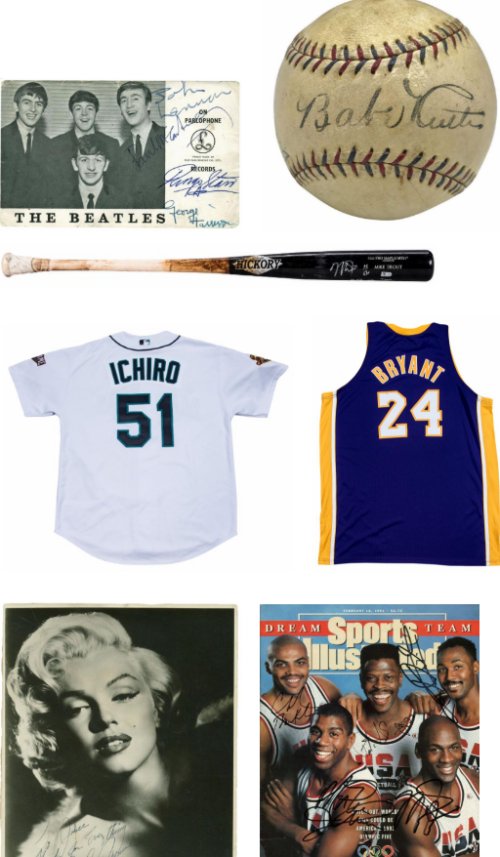