Schissler will have a wide range of responsibilities including overseeing player relations, new business development, securing consignments and managing the company’s daily operations. For the last 16 years Schissler has helped scale two large companies in the sports industry. First, for more than a decade as executive vice president at Steiner Sports, and most recently as vice president at Fanatics. At both organizations, he built large sales teams and created live events to help build brand awareness, all while creating connections to customers. He has worked closely with hundreds of professional athletes like Derek Jeter, Mariano Rivera, Stephen Curry and Peyton Manning and has been credited for bringing unique and exclusive products to the collectibles space such as Game Used to the masses and many team partnerships including the New York Yankees, Pittsburgh Steelers and Madison Square Garden. 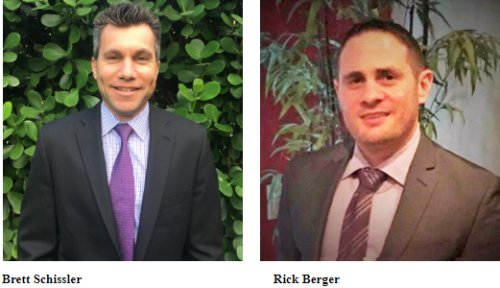 “Brett’s wide range of experience and relationships in sports and entertainment marketing and the collectibles industry, coupled with his keen insight into the passions of sports fans, is a unique combination of skills that will help our continued growth,” said Mr. Goldin. “We are excited to work with him on bringing in interesting and valuable consignments while also developing new relationships and business opportunities to expand our reach.”

Berger will be responsible for securing high-profile memorabilia consignments from collectors, athletes and other sources. He most recently served as director of development for the Museum of Sports project coming to Philadelphia — home to the world renowned DePace sports memorabilia collection. He also worked alongside former Pennsylvania Governor Ed Rendell, to raise funds for the Museum. A lifelong sports fan, he has held several other sales positions and spent time with both the Philadelphia Eagles and 76ers.