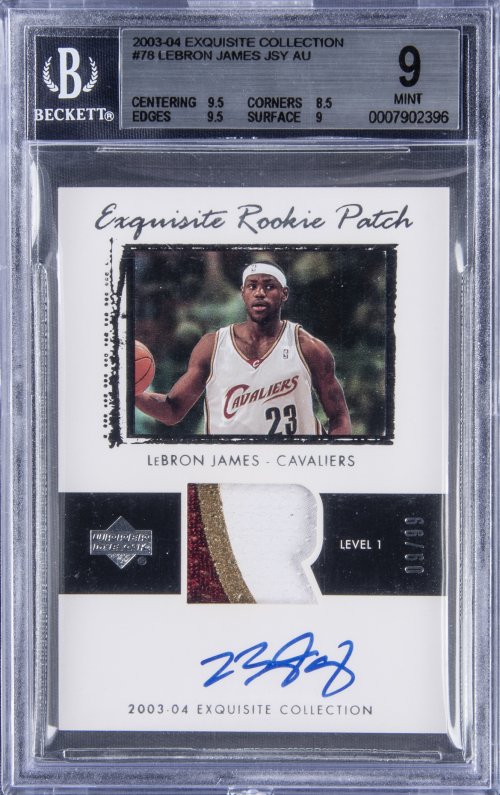 “LeBron James is one of the greatest of all time so it’s no surprise that his cards continue to smash records,” said Ken Goldin, Founder and Chairman of Goldin Auctions. “What’s really incredible is the massive enthusiasm that we’re seeing across other sports and categories. Prices for cards across sports like golf, soccer and hockey, and for trading card games like Pokémon, have absolutely taken off and we’re just scratching the surface!”

Goldin Auctions has built a reputation as the trusted leader in trading cards, memorabilia and collectibles. So far this year, the company has already done over $150 million in sales.

Goldin Auctions is the leading marketplace for trading cards, sports memorabilia and other collectibles. Founder Ken Goldin has sold more than $1 billion in memorabilia from many of the biggest names in sports, history, and pop culture. The company routinely sets records for the most expensive trading cards and other memorabilia ever sold. Lifelong collectors and new hobbyists alike trust Goldin Auctions because the company professionally authenticates everything it sells. Goldin Auctions is the official auction partner of the Naismith Memorial Basketball Hall of Fame, The Major League Baseball Players Alumni Association, The Jackie Robinson Foundation and the Babe Ruth Birthplace and Museum. For more information, visit GoldinAuctions.com. Learn more at www.goldinauctions.com, on Twitter and Instagram.